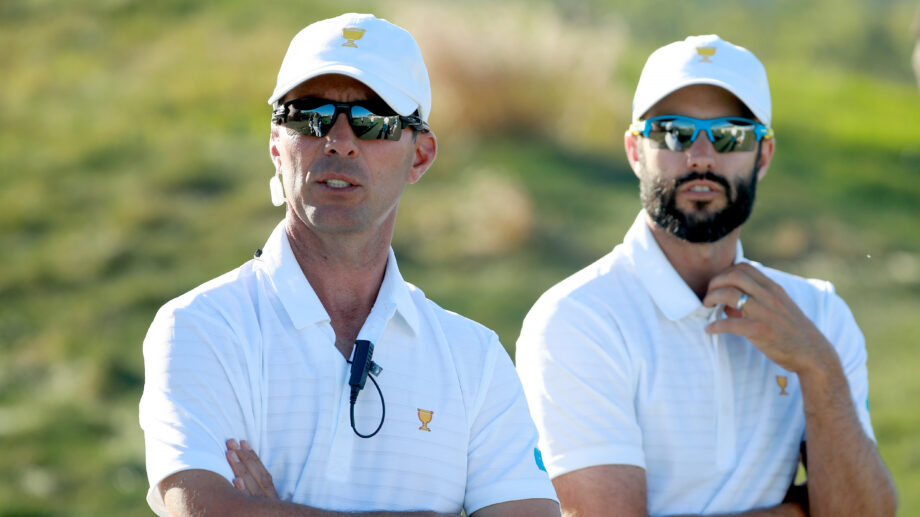 There could be a slightly different flavour to the International team at this year’s Presidents Cup. A hint of maple.

Canadian golfing great Mike Weir will be a captain’s assistant for the International team at the Presidents Cup for a third time this September. But for the first time ever there’s a strong possibility that up to three Canadian players will be joining Weir at Quail Hollow Club in Charlotte, N.C.

There has never been more than one Canadian player competing in a Presidents Cup.

Corey Conners of Listowel, Ont., is currently seventh on that list, making him an automatic selection. Mackenzie Hughes of Dundas, Ont., is 10th and Hadwin, of Abbotsford, B.C., is 13th, making them strong options as captain’s selections.

The final rankings will be determined by the average points awarded in the qualifying period.

“Those points really go up at the PGA Championship so there’s an opportunity to move up,” said Weir. “It’d be great, you know, as a Canadian to have a couple of guys on the team.”

He added that part of the reasoning behind a captain’s selection is to consider which players will pair well together. The Canadians on the PGA Tour are known for practicing together before events and Conners and Hughes were teammates at Kent State and at the Tokyo Olympics.

“Not that they’d be an automatic pairing, but just even in the team room to have another familiar face would be would be good for Corey or Mac or Adam,” said Weir. “Let’s root them on and hopefully they finish the year strong and all three of them make it, hopefully.”

Kevin Blue, the chief sport officer for Golf Canada, is pulling for more than one Canadian to play at the Presidents Cup.

“We have a point of view that the players have achieved a lot as a group and we actually think that it’s going to serve as a springboard for even more significant achievement down the road,” said Blue. “It’s not to take anything away from the trail that these players have been blazing.

Golf Canada has the stated goal of having 30 players at the top levels of professional golf by 2032. There are a total of 12 Canadians that are regulars on the PGA or LPGA in the 2022 season. Read more here.