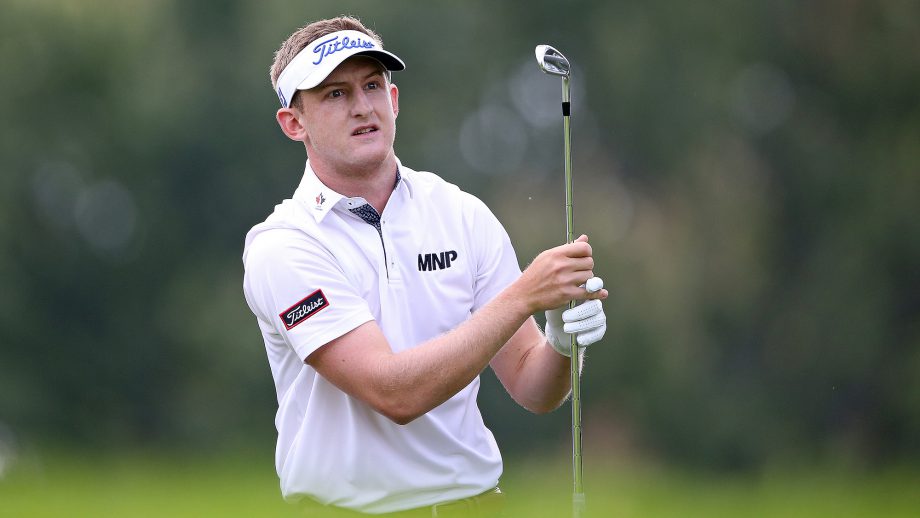 LONDON, Ont. — With 19 birdies through three days of competition, Jonathan Garrick managed to pull ahead of second-round co-leader Corey Pereira during the third round of the Freedom 55 Financial Championship, firing a 63 to take a two-stroke lead into the final round.

Through the front nine, Garrick and Pereira engaged in a back-and-fourth battle of epic proportions, exchanging 10 birdies between the two of them.

It wasn’t until a two-stroke swing on the long par-4 14th hole, where Pereira made bogey, that Garrick took a stranglehold of the lead.

“It was fun. I don’t want to say I was rooting for or against him, but it was fun to see him make birdies because I knew the more he made, the more I wasn’t going to let up either,” said Garrick. “He (Pereira) made a few long putts there and we kept going back and fourth.”

Before the week, Garrick, who is playing his third-consecutive year on the Mackenzie Tour, had yet to head into the final round of an event with the lead, but says he is confident that he will be prepared for tomorrow.

“I’ve never done it before, but I felt comfortable today,” said the UCLA alum. “I was just playing golf, I wasn’t too nervous, I was just calm and able to keep making birdies which was good. Tomorrow is the same thing.”

Trailing Garrick by two is Carter Jenkins, who has a lot to play for, currently projected to move into the top-25 on the money list with the second spot on the leaderboard. Meanwhile, with a win, Garrick would move into the top-10 on the Order of Merit, a spot that would send him to the final round of Web.com Tour Q-School.

On the Canadian side of things, for the second time this tournament, Michael Gligic managed to avoid bogeys on his card, making six birdies to sign for a 64, matching his score from day one.

““I’ve been hitting it good for a while and the putter has been good for the second half of the season, so I’ve got one more day in me and we’ll see what happens,” said Gligic.

“I’m really excited for tomorrow. I should be last two, three or four groups so right in the mix tomorrow,” said du Toit. “I have a lot to play for this year still, so really looking forward to it.”