Canadians in the hunt; Brandt Snedeker shoots 59 at Wyndham 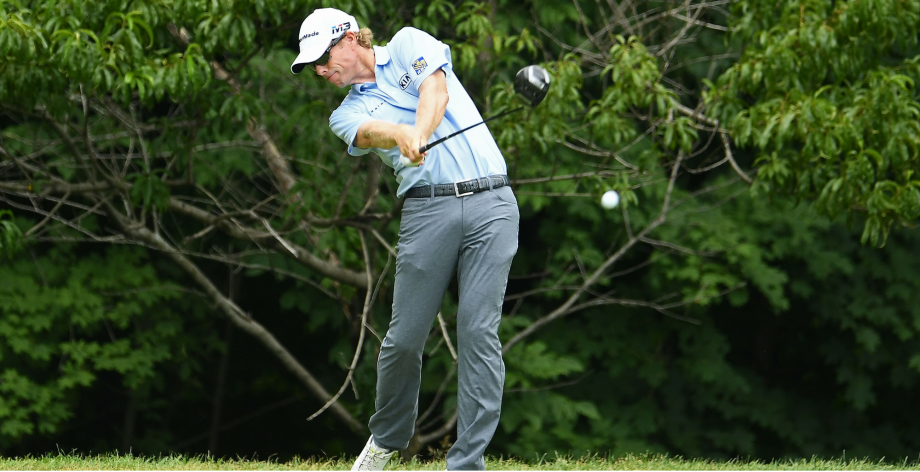 GREENSBORO, N.C. — With a lot on the line at the Wyndham Championship, David Hearn of Brampton, Ont., was the top Canadian after round one. The 39 year-old fired a 64 to sit in a tie for fourth place.

Fellow Canadians Corey Conners of Listowel, Ont., and Nick Taylor of Abbotsford, B.C. carded matching 65s to share a piece of 11th. Mackenzie Hughes of Dundas, Ont. and Ben Silverman of Toronto are at 2 under and one over, respectively.

This is the last chance for Silverman, Conners, Taylor and Hearn to get inside the top 125 on the FedEx Cup standings at this event, which is the final championship of the PGA Tour’s 2017-18 regular season.

Brandt Snedeker predicted low scores at the Wyndham Championship — but not this low.

Snedeker shot an 11-under 59 on Thursday, falling one shot shy of matching the PGA Tour record.

He made a 20-foot putt on his final hole to become the 10th player in tour history to break 60. Jim Furyk set the record with a 58 in the final round of the Travelers Championship in 2016.

“I better be smiling,” Snedeker said. “I don’t do this every day.”

This is the third consecutive year the PGA Tour has had a sub-60 round. Snedeker is the first to shoot 59 since Adam Hadwin in the third round of the 2017 Careerbuilder Challenge.

Snedeker — who said a day earlier that the tournament would turn into a “birdie-fest” — began the round at par-70 Sedgefield Country Club with a bogey at No. 10, and took off from there. He played the front nine in 27, including an eagle 2 on the par-4 sixth hole when he holed out from 176 yards.

After that shot, Snedeker said a 59 felt like a real possibility. He remembered a non-tour event he played in China in which he was one putt from that score, but those thoughts “got in the way.”

“To know what you’re trying to do and step up and have a 20-footer (on the final hole) and know what it means, I was very aware of what was going on, and to knock that putt in was really special,” Snedeker said. “To know I’m a part of a small club on tour and not very many people have done this, really cool feeling right now.”

“The trick for him is, he’s playing great. Now he’s just got to rest, relax and start over tomorrow from scratch and go play three more good rounds,” said Furyk, who also shot a 59 at the BMW Championship in 2013. “It’s awesome to see.”

It’s been a somewhat frustrating, turbulent year for Snedeker. He has three top-10 finishes and two missed cuts in his last seven events and has not won on tour since 2016. During his first 16 tournaments of the season, he finished in the top 10 just once.

“Nobody could see this coming — trust me,” Snedeker said. “As much as I tried to positive self-talk myself into playing good, I didn’t see 59 coming today, to be honest with you. … Luckily, it kind of clicked all day today, and hopefully it will keep clicking for the next three days.”

At No. 80 on the points list entering the final event of the tour’s regular season, he’s nowhere near the playoff bubble and his spot at The Northern Trust next week in New Jersey seems safe. But that ranking is his lowest since the tour’s post-season format debuted in 2007.

During his tie for 42nd at the PGA Championship last week in St. Louis, Snedeker says he “kind of found something” when he simplified some swing fundamentals and began to feel better about that part of his game.

Then, he spent the first round showing it off.

Snedeker, who began his round on the back nine, reeled off four consecutive birdies on Nos. 13-16. He then got even hotter on his final nine holes, with six birdies in addition to the shot of the day on No. 6. But he missed a 3-foot birdie putt on No. 8 that would have made a 58 possible.

“Could have been even more special,” he said, “but happy with the way everything turned out.”

Moore, who won here in 2009, made a move up the leaderboard in the afternoon with five birdies in a six-hole span on the front nine. Oda, a second-year pro coming off a tie for third earlier this month in the Barracuda Championship, had three consecutive birdies on the back nine to pull even with Moore.

“You see a round like (Snedeker’s) and maybe kind of encourage you there’s birdies out there, that the course is playing scorable and there’s rounds to be had,” Moore said. “I kind of took that mindset of, well, better get out there and make some birdies if you don’t want to be 10, 11 shots behind by the end of this day. Like, let’s try and close that gap a little bit.”