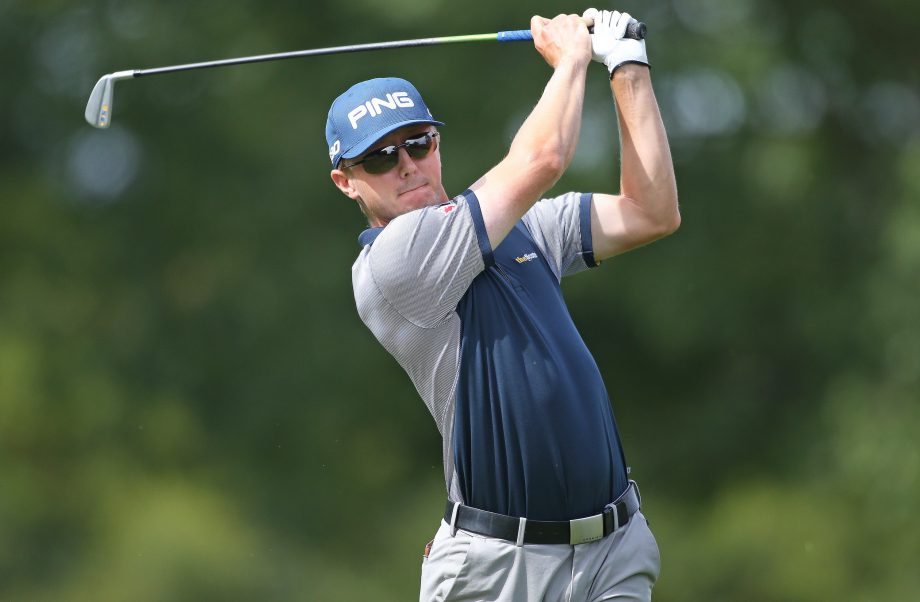 SPRINGFIELD, Mo. – Texan Brad Elder turned in a flawless 10-under-par score to take the first-round lead at the Price Cutter Charity Championship presented by Dr. Pepper. Elder’s 62 was two shy of Highland Springs Country Club’s course record, but is the lowest score the three-time Web.com Tour champion has recorded in 734 rounds on Tour.

Bhavik Patel, who sits at No. 25 on the money list, and Lincoln Land Charity Championship winner Martin Flores are three back of Elder heading into the second round.

Rounding out the top five are Ryan Brehm, Chris Baker and Blake Adams, who are 6-under-par after 18 holes.

“I hit some good quality iron shots,” said Elder, who hit all 18 greens in regulation on Thursday. “I seemed to have good speed on the greens and seemed to get the ball over the edge.”

Elder entered the week No. 92 on the money list. In 18 starts this season, the 41-year-old from Tulsa, Oklahoma has made 12 cuts and recorded top-25s at the Club Colombia Championship Presented by Claro (T23) and the Digital Ally Open (T23). The top 75 after the WinCo Foods Portland Open presented by Kraft Heinz qualify for the Web.com Tour Finals and more importantly keep their Tour card for the next season.

“I’ve played some good golf this year,” said Elder. “It’s been pretty good but also disappointing because I can’t get up there in the big money. Hopefully I’ll have a good week.”

Patel entered this week on the bubble. There are just 11 rounds left to decide the first 25 players headed to the PGA TOUR next season. That can be a lot of pressure for a player on the cusp of reaching the pinnacle of golf for the first time in his professional career.

“I’ve been doing a pretty good job of not really thinking about it,” said Patel, when asked about being No. 25 on the money list. “There’s not much I can do other than go out there and play as good as I can.”

Flores recorded two eagles and three birdies playing alongside Elder on Thursday afternoon. At No. 4 on the money list, Flores is locked into the TOUR next season. That security has allowed the 34-year-old from Dallas, Texas to set his sights higher.

“Every day matters,” Flores said. “I’m just trying to do the best I can every day. Wesley Bryan has a pretty comfortable lead on the No. 1 spot. That would be something great to win two more events and get to there. I just want to keep improving every day and get on the leaderboard as much as possible.”