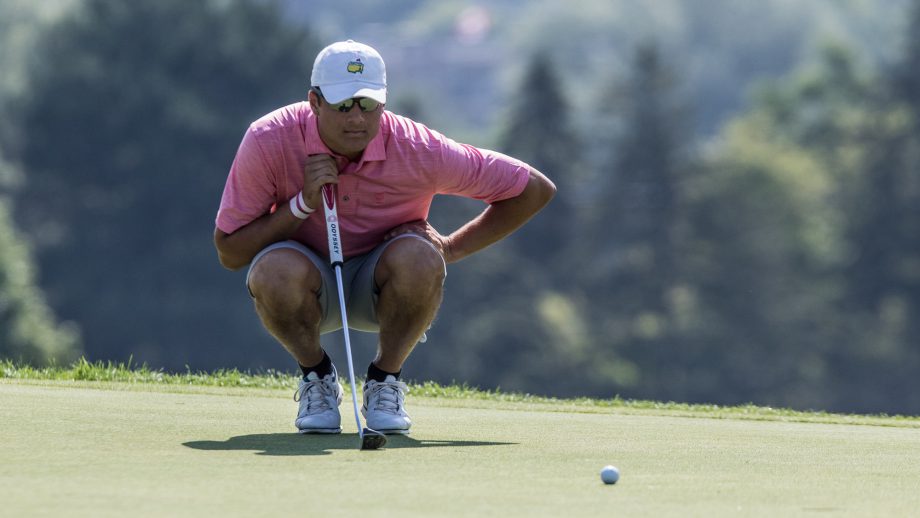 The 2016 Canadian Junior Boys Champion finished two strokes behind the lead at 2 under par, tied with  Australia’s David Micheluzzi. The highlight of his round at the Royal Aberdeen was a magnificent albatross two on the 487-yard par five sixth.

“I had no idea it went in,” said the 19-year-old. “It was totally blind. I had 240 yards so I just hit 5 iron up there. It looked good but I really had no idea until the people up there started jumping so I figured it was in the hole. That was a pretty good feeling – I’ve never made one of those before. I just need a hole in one and then I can say I’ve got this!”

Team Canada’s Hugo Bernard finished the first round of stroke play qualifying in a tie for seventh after firing a 70 at the Murcar Links course.

South Africa’s Wilco Nienaber leads the way after Monday’s round. The 18-year-old from Bloemfontein got off to a fine start at the par 70 Murcar with birdie threes at his opening two holes. Nienaber, who lost out in a play-off to England’s Nick Poppleton in the Brabazon Trophy earlier this month, notched up three birdies in five holes from the 4th but bogeyed the par three 5th. He bounced back from a dropped shot at the 10th with a birdie at the 14th on his way to a four-under-par 66.

The 288-strong field will play the second stroke play qualifying round on Tuesday with the leading 64 and ties qualifying for the match play stage.