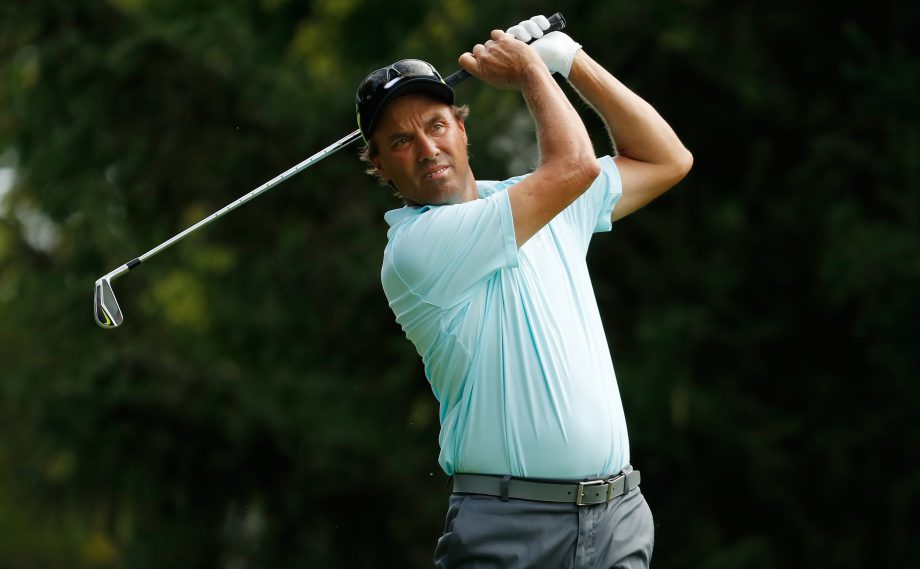 VICTORIA, B.C. – Canadians Stephen Ames, Rod Spittle and Jim Rutledge have committed to play the 2016 Pacific Links Bear Mountain Championship at Bear Mountain Golf Resort’s Mountain Course in Victoria from September 19-25, 2016. The event will feature a US$2.5 million purse, with 81 players competing for a winner’s share of $440,000.

Ames, who was born in Trinidad and Tobago, but owns dual citizenship in Canada as well, starred on the PGA TOUR through the mid-2000s, earning four titles – including a breakthrough win at THE PLAYERS Championship in 2006, when he dominated the world-class field to the tune of a six-shot victory.

The 52-year-old made his Champions Tour debut in 2014, and has made 34 additional starts since, racking up nine top-10 finishes and career-best, T4 efforts at the 2015 Mitsubishi Electric Classic and 2016 Tucson Conquistadores Classic.

Ames, who resides in Vancouver, turned professional in 1987 before winning on the Web.com Tour in 1991, and later adding European Tour victories in 1994 and 1996 before earning his PGA TOUR card at Q-School in 1997.

Spittle, a native of St. Catharines, Ont., took the road less traveled to the Champions Tour. After playing college golf at famed Ohio State alongside the likes of fellow Tour players Joey Sindelar and John Cook, the two-time Canadian Amateur champion took a job in the insurance industry, where he worked for 25 years in his adopted home state of Ohio.

In 2004, Spittle turned professional in advance of his 50th birthday, then earned status on on the Champions Tour via a T3 finish at the annual Qualifying Tournament in 2006. Since that point, the 61-year-old has made 151 career starts, collecting 19 top-10 finishes, including a playoff win at the 2010 AT&T Championship. The three-time Ohio Mid-Amateur champion has earned over $3.3 million on the golf course since leaving the insurance industry 11 years ago.

Rutledge will be making a hometown appearance at the Pacific Links Bear Mountain Championship after growing up in Victoria.

The 56-year-old won six times on the Canadian Tour – now Mackenzie Tour – PGA TOUR Canada- including three victories in the British Columbia Open. Rutledge’s professional career, which began in 1978, took him through the Web.com Tour, the European Tour and the Asian Tour before settling on the Champions Tour – where he has competed since the 2010 season.

Over the past seven years, Rutledge has recorded nine top-10 Champions Tour finishes, earning more than $1.3 million in earnings.

“Canada is a golf-rich country that has consistently cheered for its own through the years at PGA TOUR-sanctioned events,” said Tournament Director David Skitt. “The addition of these three players not only adds to the strength of our field, but also to the excitement heading into tournament week, as Canadian golf fans will have genuine passion in supporting Stephen Ames, Rod Spittle and Jim Rutledge.”

The announcement is the latest in a string of player commitments for the event, including World Golf Hall of Fame members Bernhard Langer, Colin Montgomerie, Sandy Lyle and Tom Kite, as well as PGA TOUR Champions winners Rocco Mediate, Lee Janzen and Jesper Parnevik.

Tournament week in Victoria will begin with Pro-Ams on Wednesday and Thursday, followed by 54 holes of championship play from Friday through Sunday, with no cut. All three competitive rounds will be broadcast live by Golf Channel to more than 200 million homes in 84 countries and 11 languages around the world.