Canadians tie for 4th at World Cup of Golf 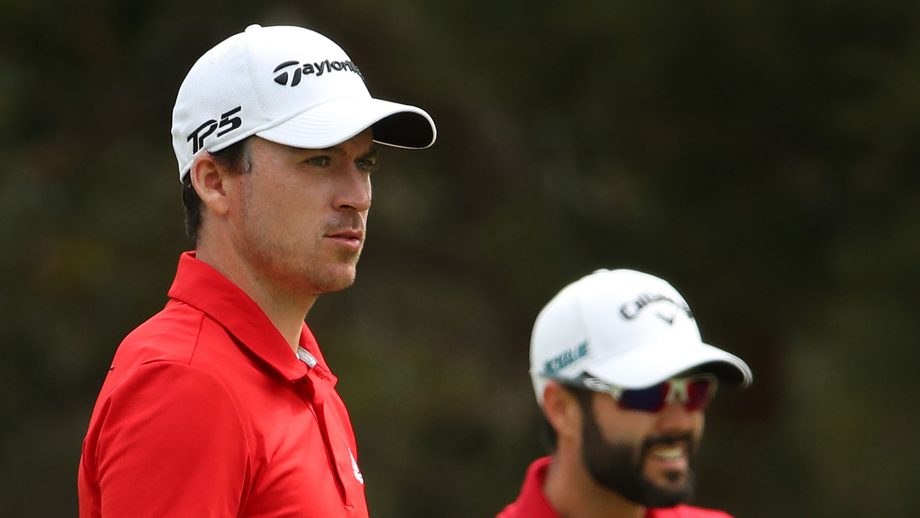 MELBOURNE, Australia – Thomas Pieters and Thomas Detry of Belgium lifted the World Cup of Golf trophy on Sunday. They may have won it on Friday.

The Belgians had a few anxious moments on the back nine Sunday but held on to shoot a 4-under 68 and claim a three-stroke win, despite a determined late run by Australia and Mexico.

The sunny skies and lack of wind on Sunday was a far cry from Friday, when driving rain and gusty winds meant there were more scores in the 80s than in the 60s.

Belgium shot 71 on Friday, tied for the low score of the day and one of only four scores under par, and shared the lead going into the third round. Many golfers said the Friday conditions were the worst they had ever played in.

Pieters and Detry shot 63 in much-improved weather on Saturday in the fourballs (best ball) and took a five-stroke lead into the final round of foursomes at Metropolitan.

From there, it was a case of hanging on for the $1.12 million in prize money they each received.

“It was a long back nine” Pieters said while surrounded by family, friends and fans, some with Belgian flags stuck on their heads, just off the 18th green.

Australia’s Marc Leishman and Cameron Smith pulled to within two strokes late in the round, thanks to holing out from the bunker for a birdie by Smith and a 12-foot par save on the next hole by Leishman.

If there was any doubt, Pieters’ approach to four feet on the 18th set up a final birdie by Detry to give the Belgians a 23-under total of 265.

“We were both nervous at times, but to finish with a birdie was special,” said Pieters.

Leishman and Smith shot 65. Mexico’s Abraham Ancer, who won last week’s Australian Open, and his partner Roberto Diaz, playing in the last group with Belgium, shot 66 and also pulled to within two strokes of the lead but finished tied with the Australians for second.

Defending champions Thorbjorn Olesen and Soren Kjeldsen of Denmark shot a 65 to finish tied for fourth with Canada’s Adam Hadwin and Nick Taylor, who shot 66. They were six strokes behind.

The performance marks the best finish for Canada since Dave Barr and Dan Halldorson won it for Canada in 1985.

Americans Matt Kuchar and Kyle Stanley shot a final-round 68 and finished at 9-under, 14 strokes behind the winners and tied for 16th among the 28 teams.