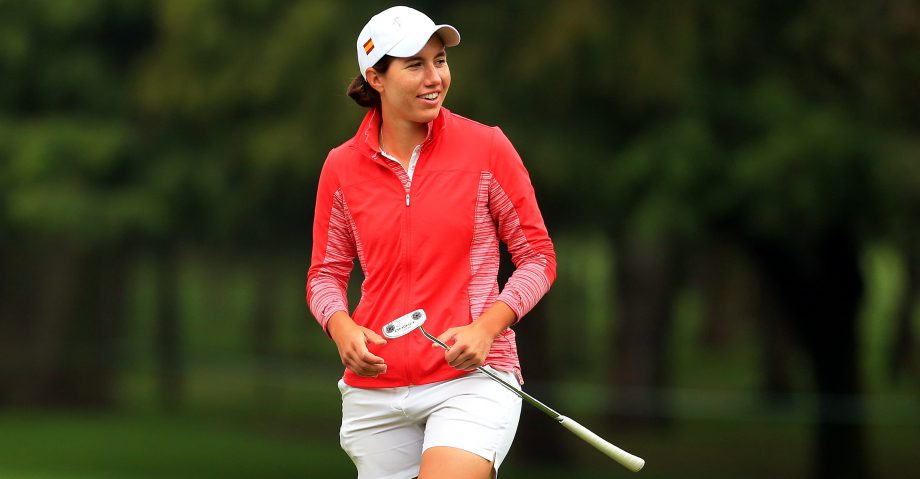 “I am very happy to be here and to get my second victory,” Ciganda said. “It’s wonderful to play here in Mexico. I honestly don’t have any words. I love the golf course, the people, it’s an honour to be here. I’ve been playing really good all year long and to end this year with these two victories gives me a lot of confidence, I am very happy.”

Ciganda won a year after finishing second Inbee Park on the tree-lined course.

“Last year, I was close,” Ciganda said. “It was a shame not being able to win but it was still a good last day, so I had really good memories. Last week, I was back home just resting because I wanted to play here and to do so well, so I am really happy and thrilled that I was able to win.”

“Right now, disappointed. I just didn’t play well enough today to get it done,” Ernst said. “Carlota played really good, especially early. I am just kind of frustrated with how I finished.”

Stanford won the 2008 event in Guadalajara.

“It was a good day,” Stanford said. “It’s hard to shoot 3 under on Sunday and be upset, but I had two three-putts. The one on 11 would probably haunt me for a while, but I hit the ball really well and gave myself a lot of chances and I was never in a really bad spot, so to be in contention and have a day like that is pretty encouraging.”

Mexican amateur Maria Fassi closed with a 73 to tie for 15th at 5 under. She’s a freshman at the University of Arkansas. Gaby Lopez also was 5 under after a 73 on her home course.

Tournament host Ochoa won 27 LPGA Tour titles. The Mexican star retired in 2010. She will be inducted into the World Golf Hall of Fame next year.