Castro beats the rain and leads at Crooked Stick 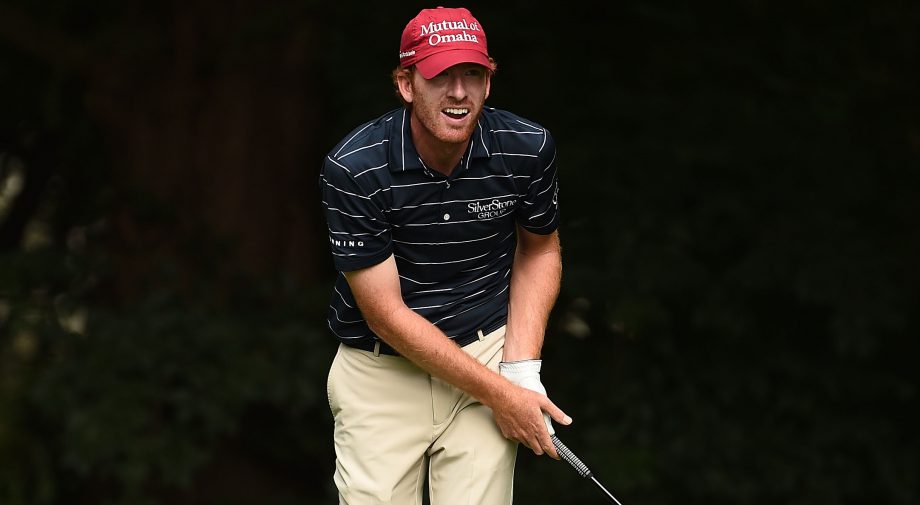 CARMEL, Ind. – Roberto Castro wants nothing more than to go home to Atlanta, and he took a soggy step in the right direction Thursday in the BMW Championship.

Castro was just as good before the rain as he was after the storms cleared at Crooked Strick, running off eight birdies until a bogey on his last hole for a 7-under 65 and the temporary lead.

Storms and heavy rain caused a 3 1/2-hour delay and changed the nature of Crooked Stick from fast and firm to greens that were soft and accessible. The delay meant that just under half the 69-man field finished the round.

The first round was to resume at 8 a.m. Friday, with more bad weather in the forecast.

Brian Harman got right back into gear. He was in position to potentially lock up his spot in the Tour Championship until closing with a 77 from the final group at the TPC Boston on Monday. He opened with a 66, with an eagle on the par-5 15th hole and no bogeys on his card.

U.S. Open champion Dustin Johnson was within one shot of the lead until he sent his drive into the lake to the right of the 18th fairway and made bogey, giving him a 67 along with Jason Dufner.

Among those still on the course, Chris Kirk was at 5 under at the turn, while Hideki Matsuyama, Paul Casey and Adam Scott were at 4 under on the back nine. Casey had the 54-hole lead last week at the TPC Boston.

Castro went to Georgia Tech and still lives in Atlanta, about 15 minutes from East Lake. That’s the destination for everyone in the field trying to get into the top 30 in the FedEx Cup and advance to the Tour Championship for a shot at the $10 million bonus.

Castro, who has yet to win on the PGA Tour, made it to the Tour Championship in 2013 with a pair of top 10s in the playoffs.

“I told myself the last two weeks really to play like I had nothing to lose, and to make a bunch of birdies is a good way to start,” Castro said. “Sure, it’s a hometown tournament for me. It’s the hardest one to get to, unfortunately, but it’s still a great tournament. I would love to be back.”

He is at No. 53 in the FedEx Cup and likely would need to finish fourth at Crooked Stick to have a chance.

The BMW Championship is back at Crooked Stick for the first time since 2012, when Rory McIlroy won on a rain-softened course. This time, it was blazing hot during the pro-am Wednesday and players had a look at how tough it could play – at least until the rain.

Jason Day played a wedge out of the rough on the second hole, landed it some 30 feet short of the pin and watched it race across the green and into thick rough. After the delay, it was an entirely different golf course. Patrick Reed, who is leading the FedEx Cup, hit a short iron out of dense rough that plopped down 12 feet from the cup.

The course could be attacked, and that’s what the players did.

McIlroy, coming off a victory at the TPC Boston, was at 3 under through 10 holes. Jordan Spieth was at 2 under, both birdies on par 5s on the front nine.

But it was another struggle for Rickie Fowler, bidding for a Ryder Cup captain’s pick. After squandering a chance to make the U.S. team at The Barclays, Fowler was in the middle of the pack at the Deutsche Bank Championship and opened the BMW Championship with a 75.

Day, meanwhile, is set for the Tour Championship and assured of being in the top five in the FedEx Cup, meaning he would only have to win at East Lake to claim the cup and its lucrative bonus. The Australian looked out of sorts after the rain delay, however, missing fairways, missing greens and missing putts. The frustration mounted on the 16th green when he flipped his ball into the water after his third bogey on the back nine.

Day’s biggest putt came on the next hole, however, a birdie from 25 feet that he struck before Reed could even mark his ball. It stopped his slide, sure. But it allowed him to head over to the 18th tee and hit his shot to make sure that his group finished before the horn sounded to stop play.