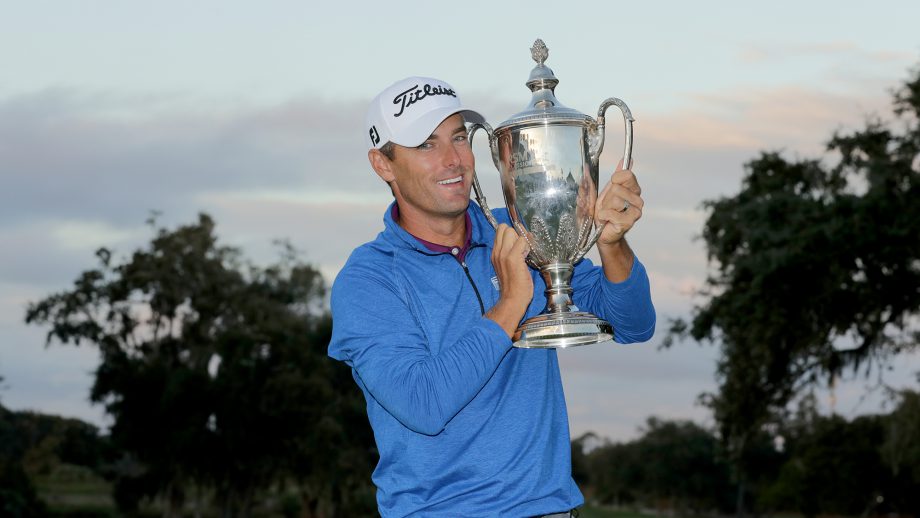 ST. SIMONS ISLAND, Ga. – Charles Howell III made a 15-foot birdie putt on the second hole of a playoff with Patrick Rodgers on Sunday in the RSM Classic to end an 11-year victory drought.

Howell dropped to his knees and buried his head in his hands, then tearfully embraced wife Heather and children Ansley and Chase – neither of whom were born when he last won on the PGA Tour at Riviera in 2007.

Howell earned $1,152,000 and a return trip to his hometown of Augusta, Georgia, in April to play in the Masters for the first time since 2012

“That was the first thing that popped into my head (after making the clinching putt),” Howell said. “Obviously, it means a lot to me being from Augusta but it means a lot to every player, right? Every golfer in the world knows what the Masters is so I’m nothing special on that. But that tournament, that atmosphere, just everything … it’s tough at home to sit back and watch that on television.”

After Rodgers sent a birdie attempt of 21 feet past the cup on the second extra hole, Howell’s putt died in the cup and capped a comeback in which he went bogey-double bogey on his first two holes to lose the lead he had held through the first three rounds.

“The way I started today, I just honestly thought I shot myself in the foot again,” Howell said. “I thought that was pretty much over. I had seen this movie before.”

Howell had a 22-foot birdie attempt on the final hole to win in regulation, but the ball turned away from the cup inches from the edge. Both players had birdie looks on the first playoff hole, with Rodgers missing from 27 feet and Howell from 14 feet off the front fringe.

Rodgers’ 17-under 123 weekend was one shot off Troy Matteson’s PGA Tour record for consecutive rounds of 122 set the 2009 Frys.com Championship. He finished second for the third time in four years.

“I fought as hard as I could,” said Rodgers, who broke Tiger Woods’ scoring record at Stanford and tied his victory record. “I didn’t really back down. I stayed aggressive and I made birdies all the way to the finish. It’s a testament to how well Charles played.”

Webb Simpson (65) had a 12-foot birdie opportunity at the final hole to join the playoff, but missed. He lost the RSM Classic in sudden death to Ben Crane in 2011.

Luke List (65) and Bryan Blaum (66) tied for fourth at 17 under and Tour rookie Cameron Champ, who took the lead after Howell’s early stumbles and was in a four-way tie for first with Howell, Rodgers and Simpson with seven holes to play shot 69 and finished alone in sixth at 16 under.

Canadian David Hearn of Brantford, Ont., finished tied for 15th at 13 under par.