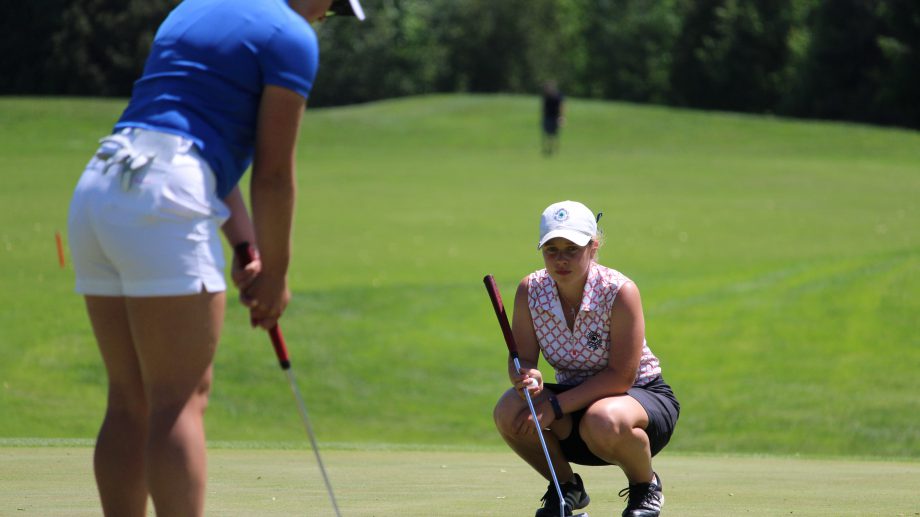 LACHUTE, Que. — Remi Chartier and Emily Romancew fired a 1 under and 2 over, respectively, to lead their divisions after the second round of the Future Links, driven by Acura Quebec Championship.

The battle in the boys division heated up today as players vied for top position, with Chartier ultimately overtaking the lead.

Chartier, who started the day tied for third, began the round strong with a bogey-free front-nine. Though he struggled with three consecutive birdies on holes 14, 15 and 16, a strong finish gave him a one-stroke advantage heading the final day at 1-under-par 143.

“The back nine wasn’t really to my liking. But what did go well was my luck,” said the seventeen-year-old, who currently resides in Naples, Fla. “If I manage my game well tomorrow, it should be just fine.”

Frédéric Rousseau (Longueuil, Que.) and Brandon White (Bourget, Ont.) fired even-par 72s for the second day to share a piece of second close behind to round off the top-three.

In the junior girls division, Emily Romancew posted a low-round 2 over par on Saturday to sit atop the leaderboard for the second consecutive day.

“With the wind in the morning, it was tough to pick the right club but my putts were going in and it shows in my score,” said the Pierrefonds, Que., native. “Tonight will be rest time with the family so that I’m ready to go tomorrow!”

Romancew, who was the only junior girl to score in the red during round one, built a comfortable 5-stroke lead to head into the final round at an even-par 144.

Élizabeth Labbé of Levis, Que. overcame a rough seven-bogey second round to share a piece of second with Ottawa’s Haley Yerxa, who scored a low-round 2 over alongside Romancew.

Current results can be found here.