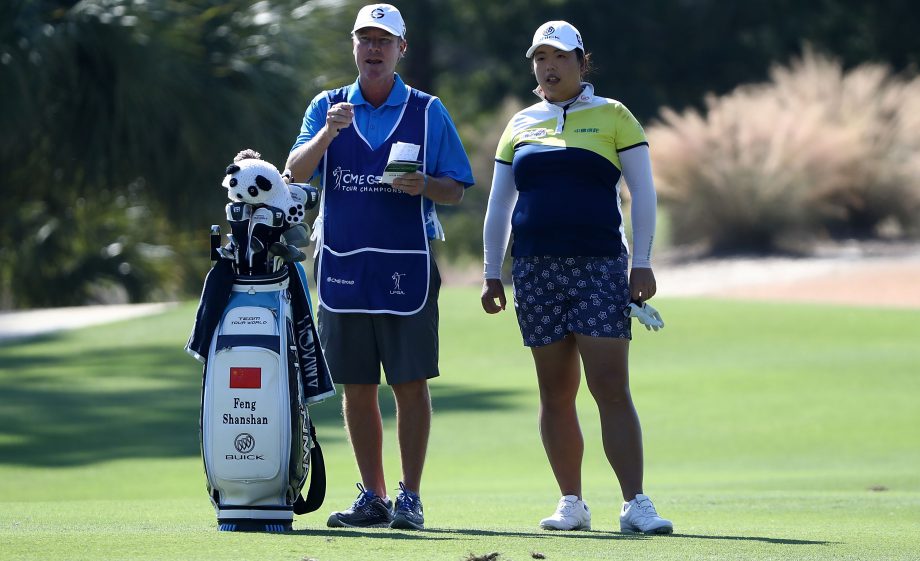 NAPLES, Fla. – Shanshan Feng was right back on top of an LPGA Tour leaderboard Thursday, shooting a 6-under 66 to take a one-shot lead over So Yeon Ryu and Charley Hull after the first round of the CME Group Tour Championship.

Coming off consecutive victories in Malaysia and Japan, Feng is one of nine players who entered the season finale with a chance to win the Race to the CME Globe season title and $1 million bonus. The Chinese star won in 2013 at Tiburon Golf Club.

Top-ranked Lydia Ko had a 70. She needs a win this week to secure player of the year honours,

Ariya Jutanugarn and Smiths Falls, Ont., native Brooke Henderson, who like Ko are guaranteed the points crown if they prevail this week, each shot 72.

Hamilton’s Alena Sharp was 3 under.

Feng has finished no worse than a tie for fourth in her last seven events. She started the run with the Olympic bronze medal in Rio, tied for fourth at Evian in France, opened the Asia trip at home in China with a fourth-place tie, was second in Taiwan and tied for third in South Korea before winning in Malaysia and Japan. She took last week off, practicing only three days in Orlando.

“I think after the Asian wave, we’re just so tired. I think I needed the rest,” Feng said. “I feel actually pretty fresh coming into this week. … I’ve been playing well, so just wanted to keep up with the good playing.”

Ryu won the last of her three LPGA Tour titles in 2014.

Hull birdied the final four holes on the front nine and also birdied the 14th. She also was off last week after being delayed getting out of Japan.

“I was only home for four days,” the 20-year-old English player said. “I didn’t touch a golf club. Hung out with my friends. I think I only touched a golf club once or twice last week.”

Carlota Ciganda had a 75. She won her first LPGA Tour title last month in South Korea and won the event in Mexico City on Sunday.

Ko and Jutanugarn are fighting for the big year-end honours.

Only a win would be enough to give Ko her second straight player-of-the-year award; any other result, and that title goes to Jutanugarn. They came in separated by $17,305 in the money standings, and Ko (69.611) enters with a minuscule edge over Chun (69.632) for the Vare Trophy presented to the player with the lowest scoring average.

The points in the CME Globe standings reset for the finale, so Jutanugarn, Ko and Henderson all truly control their destinies when it comes to the $1 million bonus that goes to the points champion.