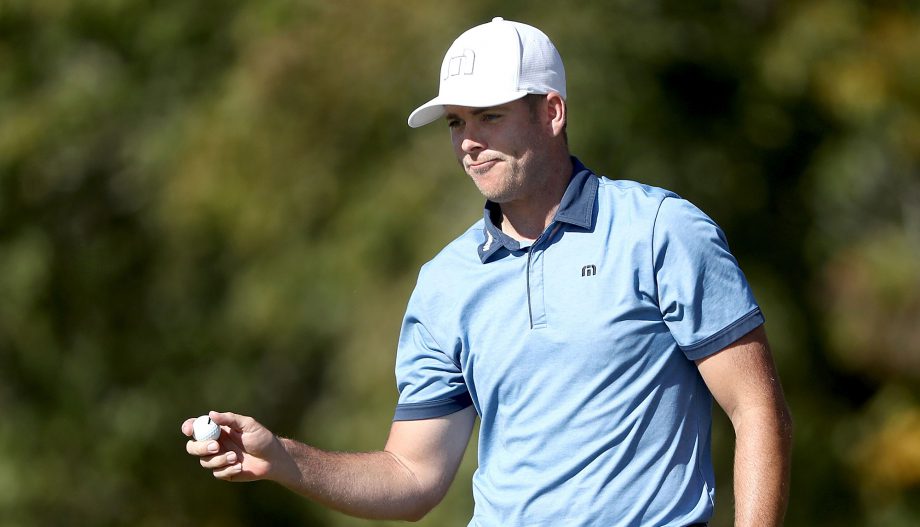 JACKSON, Miss. – After Kevin Streelman opened the Sanderson Farms Championship with a 9-under 63 on Thursday, he and several other players said it would take 20 under or better to win.

Chris Kirk isn’t into predictions, but he does know what he’ll need to do Sunday for his fifth PGA Tour title and second in the event.

“I’ve tried to predict scores before, and I’ve never done a very good job of it, so I’ve kind of quit,” said Kirk, the highest-ranked player in the field. “I’m just going to go out and stay very aggressive, and I’ll try to make as many birdies as I can, that’s for sure.”

List also shot 65 to match Kirk at 14 under at the Country Club of Jackson.

Second-round leader Grayson Murray had a 72 to drop two shots behind. He missed several short putts and had a double bogey on the shortest par-4 on the course.

Kirk’s first PGA Tour title came in the event in 2011, when it was known as the Viking Classic and was played at Annandale Golf Club in nearby Madison. He has won three times since, including twice in 2014, when he finished second in the FedEx Cup standings.

List, chasing his first PGA Tour victory, had seven birdies in a bogey-free round.

List opened the week with a 71 that included four bogeys. He got hot Friday, making five straight birdies at one point, and hasn’t made a bogey over his last 27 holes.

While Kirk has been in this position before, it’s all new for List, who has had just two top-10 finishes in three years on the tour and has never been higher than ninth place after 54 holes.

On Sunday, he’ll be in the final group with Kirk and Gribble.

“The more patient and chill I can be out there the better,” List said. “Of course, I’ll be nervous and excited to compete for relatively the first time in major contention, so I’ll just be trying to do the same thing, get the ball in the fairway and go from there.”

Kirk played Wednesday’s pro-am with a fever. He said he has felt a little better each day since.

His game has responded accordingly, and with three wins in the last three years he’s by far the most accomplished player in the final pairing.

“That helps a little bit, I guess, but it doesn’t make it any easier,” he said. “Winning out here is extremely difficult. You have to play incredibly well, and you have to get some good breaks long the way. I’m happy to have a chance.”