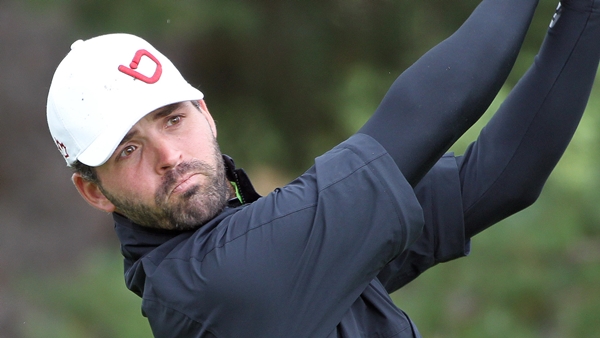 The TOUR Championship of Canada is the 12th and final event of the 2014 PGA TOUR Canada season. The top five players on the season-long Order of Merit following Sunday’s round will earn status on the Web.com Tour in 2015. Current Order of Merit leader Joel Dahmen is T27 through 54 holes after rounds of 71-71-73. The two-time winner Dahmen holds a $20,776 lead over No. 2 Timothy Madigan, and is guaranteed to finish No. 1 with a solo fourth or better this week.

Starting the day three strokes behind Williams after opening 71-66, Rask posted three consecutive birdies to start the round and made the turn at 5-under-par 31 after two additional birdies.

“It’s the second day in a row I’ve gotten off to a birdie-birdie-birdie start,” said Rask. “The greens were awesome, and the course was fantastic. The grounds crew put in a heck of a job to have it the way it is. It was fun. I’ve been putting really well and hitting the ball really well.”

His back nine included one birdie and one bogey on the 18th hole to complete his 67. On the weather, Rask harkened back to his prep days in Minnesota.

“I kind of grew up in this stuff, and kind of enjoy it,” he said. “You’re out there trudging around in the mud and I just enjoyed it. Growing up in high school, it’s spring golf. It’s snowing and raining and sleeting. I feel confident and I have fun in this.”

Currently No. 43 on the Order of Merit, Rask could climb as high as sixth with a victory and the $27,000 first prize. A finish between Nos. 6-10 on the money list would exempt him into the final stage of Web.com Tour Qualifying School in December. Making his 36th career PGA TOUR Canada start this week, Rask is seeking his first victory, his previous best finishes being second in both 2009 and 2010. This season, Rask’s best effort to date has been a tie for 10th at the SIGA Dakota Dunes Open presented by SaskTel.

“I learned my lesson out on the Web.com Tour when I got out there (in 2011),” said Rask when asked about the opportunity to move up in the Order of Merit this week. “I was worried about that top 25, and there’s nothing you can do about it. That’ll take care of itself if I go out there, play well and win or finish top five.

The 54-hole leader Williams fell off the pace slightly with an even-par 72, one day after a bogey-free 65. His round included four birdies and four bogeys.

“It was a tough day, whenever I made a bogey, I just tried to stay patient,” said Williams. “I knew there would be a few birdie chances with some of the downwind holes and par-5s, but it was a grind out there.”

Cornelson, Williams’ close friend and roommate, has confidence heading into the final round after finishing T5 and T15 the last two weeks.

“I’m going to draw off those experiences I’ve gained the last few weeks,” he said. “I know I can do it, and I’m just going to take it one shot at a time.”

Williams and Cornelson will both climb into the top 10 in the Order of Merit with a victory on Sunday. Williams has an outside shot of climbing as high as fifth depending on what current No. 5 Greg Eason does in the final round.