Coetsee takes lead into final round of Joburg Open 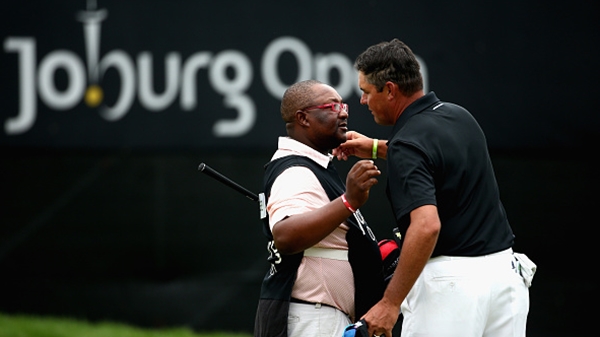 JOHANNESBURG – Wallie Coetsee takes a two-shot lead into the final round of the Joburg Open after a 2-under 70 on Saturday.

Chasing a first European Tour title, Coetsee extended his overnight lead by a shot with five birdies and two bogeys to go 14 under par at Royal Johannesburg and Kensington.

There are four players tied for second behind him, with fellow South Africans Tjaart van der Walt and Jacques Blaauw, and Englishmen David Howell and Steve Webster 12 under.

Coetsee managed just one birdie in his first nine but recovered to create an advantage for himself heading into Sunday’s final round.

He is also chasing a place at the British Open. The leading three finishers in the top 10 at the Joburg Open will qualify.