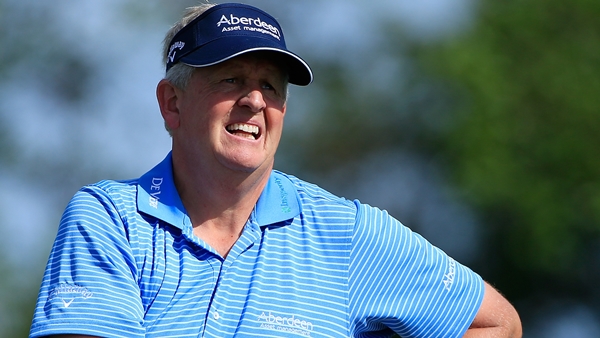 NAPLES, Fla. – Colin Montgomerie had five birdies in an eight-hole stretch on the back nine Friday, shooting a 6-under 66 for a one-shot lead after one round of the Champions Tour’s ACE Group Classic.

Montgomerie is followed by Tommy Armour III, who shot a 67 at TwinEagles Golf Club. Defending champion Kirk Triplett and Lee Janzen are at 68.

Armour had four putts of more than 12 feet, including a 40-footer on No. 6 for one of his six birdies. He had a bogey on No. 14. Armour tied for sixth last week at the Allianz Championship in Boca Raton, Florida.

Paul Goydos, last week’s winner, was three shots back. Bernhard Langer, who had five victories last season, is five behind.

Canadians Stephen Ames and Rod Spittle both opened with 71s for a share of 17th spot Friday.  Jim Rutledge (77) was 5 over.