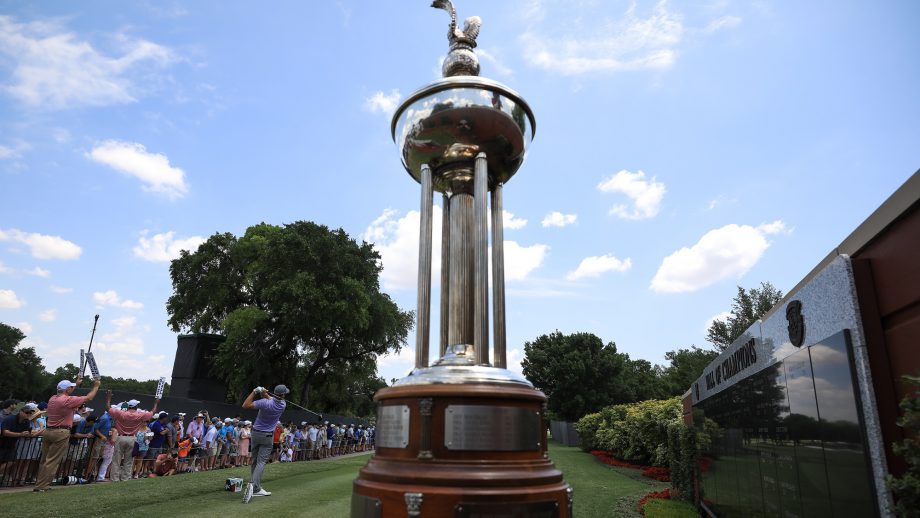 “If you are able to win at a course that has great history, has had great champions, and if I begin to look at the courses I’ve won at, this definitely strengthens that group even more,” Rose said after his closing 6-under 64 Sunday in the Fort Worth Invitational.

Along with the plaid jacket that comes with winning at Colonial, the longest-running PGA Tour event still played at its original site (since 1946), Rose added to an impressive list of traditional courses where he has won.

There was that victory at Muirfield Village in the 2010 Memorial, and the 2013 U.S. Open at Merion among his nine PGA Tour wins. His 11 international victories include the 2014 Scottish Open at Royal Aberdeen Golf Club, and the 2007 Volvo Masters at Valderrama in Spain.

“I’m very proud of the places I’ve been able to win,” Rose said. “I’m not saying they suit my game, but happy my game has turned up and I’ve been inspired by some of these great venues.”

In the final round at Colonial, where Ben Hogan won five times, Rose stayed aggressive while playing with Koepka even after starting the day with a four-stroke lead.

Koepka shot 63 on way to his sixth runner-up finish in three years. Both of his second-place finishes this season have been behind Rose, the 37-year-old Englishman and No. 5 player in the world who also won his 2017-18 debut in October at the HSBC Champions in Shanghai.

“It was very impressive the way he played all day. He never backed off,” Koepka said. “Never really gave an opportunity for anybody to get in there.”

Corey Conners of Listowel, Ont., had a 69  to finish in a tie for eighth at 9 under while Ben Silverman of Thornhill, Ont., finished 8 under.

While Rose missed matching Zach Johnson’s 2010 tournament scoring record of 259 because of bogey on the 72nd hole, first-round leader Kevin Na matched the course record with a closing 61 and finished fourth at 14 under.

After birdies on Nos. 1 and 2 for the third day in a row, Rose gave up a stroke at the difficult 459-yard third when his drive went into a fairway bunker and he hit from there into the rough.

Rose got that stroke back with a 23-foot birdie putt at the 474-yard fifth hole, the toughest at Colonial, to restore his lead to four over Koepka.

Koepka’s highlight shot of the day was birdie blast out of a greenside bunker at the sixth hole to get to 13 under. But Rose immediately responded by making his 12-foot birdie putt. Rose had a five-stroke lead, his biggest, after a 10-foot birdie at the ninth hole got him to 19 under.

“For Brooks to shoot 63 and not win in the final pairing took some doing from me. It was a really fun day to be part of,” Rose said. “Glad that my A-game turned up when I needed it, and I’m glad that I got my mindset right at the start of the day.”

Na tapped in for a birdie at the 435-yard 18th hole to match his career-best score and become the seventh PGA Tour golfer with a 9-under round at Colonial _ the first since Chad Campbell in the third round in 2004. Na also shot a 61 in the third round of the 2010 Wyndham Championship in Greensboro, North Carolina.

After an opening 62 that ended with a 92 foot chip-in from the rough when he ended his first round at No. 9, Na fell back in the field with a 73 in the second round and then shot even par Saturday.

“First round I was one out of it. I was thinking one of these days I’m going to get a chance to shoot the course record,” Na said. “I didn’t think it would come on Sunday.”

Jordan Spieth made a short birdie at No. 18 on Sunday for a closing 68 to finish 5 under and tied for 32nd at Colonial, where he had a win and two runner-up finishes the past three years. The third-ranked player has played in 20 PGA Tour events since his last win, at the British Open last summer, but feels a good run is coming for him.

“Each week is getting a little better,” Spieth said. “I’m getting into where I’m not making bogeys, and then soon _ the not making bogeys is great _ and soon I’ll get back to the five, six birdies around and shoot some low rounds. So I know it’s right around the corner.”