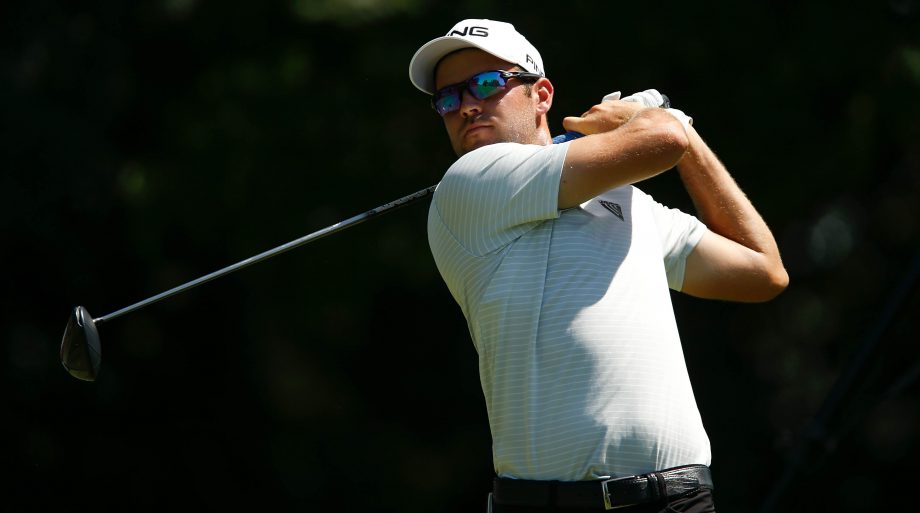 FORT WORTH, Texas – While Justin Rose felt good about his four-stroke lead after three rounds at Colonial, he wasn’t yet counting down the holes left in the Fort Worth Invitational.

“I think I’ve won and lost actually from four ahead, so I’ve got experience both ways,” Rose said after shooting a 4-under 66 on Saturday to get to 14 under. “Just shows you can’t get ahead of yourself.”

Rose also remembers how he won his PGA Tour season debut, a surprise in Shanghai in October after he began the final round of the HSBC Champions eight shots behind Dustin Johnson, then the No. 1 player in the world.

“I’ve got experience the other way,” Rose said. “So you can see how things can go both ways real quick. … Great position going into tomorrow, yeah. Look forward to putting it away, but I kind of know there are going to be challenges out there.”

Canadian rookie Corey Conners had eight birdies over his last 12 holes for a career-best round of 63 that matched Ted Potter Jr. for the best of the day.

Conners, of Listowel, Ont., was tied for fourth at 8 under, in a group of five players that included fourth-ranked Jon Rahm and Louis Oosthuizen after they both shot 64. Five more players were at 7 under, including Potter.

On a steamy day in North Texas – with temperatures in the upper 90s and it feeling even warmer – Rose birdied the first three holes to quickly extend his lead from one to four over Grillo, who had eight pars in a row before consecutive birdies at Nos. 9 and 10.

“You can’t drink enough (water) out there,” Rose said. “Yeah, it was a factor today. I struggled a little bit on the bad nine with my focus. … I was really trying to put one foot in front of the other and stay committed.”

The closest Grillo got after the opening stretch was three strokes, when he was 11 under with an 8-foot birdie at No. 10. Rose regained his four-stroke edge with a birdie at the 616-yard 11th hole.

“Well, he’s top 10 in the world, so everything he does, he does it pretty well,” Grillo said. “When he missed the driver, he was able to get it on the green somehow.”

Rose’s only bogey was at the 173-yard 16th, when the tee shot settled on the back fringe and he then missed a 5-foot par chance.

This is the largest 54-hole lead at the Hogan’s Alley since Kenny Perry led by seven in 2005 on way to his second decisive win in three years – he had a record eight-stroke lead for three rounds in 2003. The largest lead anyone had taken into the final round since had been two strokes, and that had happened only twice.

Koepka had three birdies his last seven holes after a double bogey at the 11th, the only blemish on his card. His second shot went out of bounds, and his approach went into a greenside bunker after having to take a drop in the rough.

“Just kind of one of those freak things,” Koepka said. “The driver head comes loose off the tee. Felt like the club just wiggled in my hand and we’re in a divot. It’s still a bad swing regardless from the middle of the fairway.”

Rahm, who last year tied for second at Colonial with Jordan Spieth behind winner Kevin Kisner, was 6 under after 10 holes Saturday. Then Rahm bogeyed the par-5 11th when he followed a 342-yard drive in the fairway with an approach hit out of bounds.

“Probably the best 10 holes I’ve played so far this year. It was an amazing performance. Front nine, I felt like I didn’t miss a shot,” he said. “Too bad on that second shot on 11. … It’s a tough second shot try to hit the green. I didn’t want to bail out left. I wanted to be aggressive. I made the only poor swing of the day.”

Spieth shot 70 on Saturday, putting him 11 strokes back at 3 under.

Before playing his first Colonial last year, Rahm had been there during tournament week the previous two years to accept the Ben Hogan Award that goes to the nation’s top college golfer. The 23-year-old Spaniard was a four-time All-American at Arizona State.

Mackenzie Hughes of Dundas, Ont., and Ben Silverman of Thornhill, Ont., were tied for 38th. Adam Hadwin of Abbotsford, B.C., was tied for 47th.