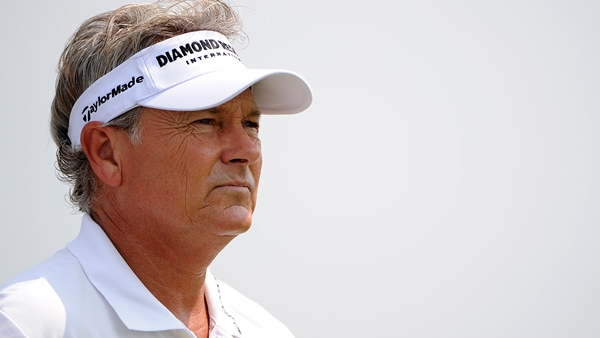 SAN ANTONIO – John Cook and Marco Dawson shot 7-under 65 on Friday to share the first-round lead in the Champions Tour’s AT&T Championship, the final full-field event of the season.

Scott Dunlap was a stroke back at TPC San Antonio, and Jay Hass was at 67 along with Guy Boros, Bart Bryant, Gary Hallberg, Jay Hass, Tom Lehman, Peter Senior, Wes Short Jr., and Kirk Triplett. Haas won the Greater Hickory Kia Classic last week at 60 to become the 18th player to win a Champions Tour event at 60 or older.

The top 30 on the money list after the tournament will advance to the season-ending Charles Schwab Cup Championship next week in Scottsdale, Arizona.

Bernard Langer, the Charles Schwab Cup points leader, opened with a 71. Langer has a tour-high five victories – two of them majors – and also leads the money list. Colin Montgomerie, second in the Schwab Cup standings, shot 68.

Canada’s Stephen Ames was tied for 44th after an opening-round 72 that left him even par after the opening round.