Corey Conners the low Canadian after round one of The Open 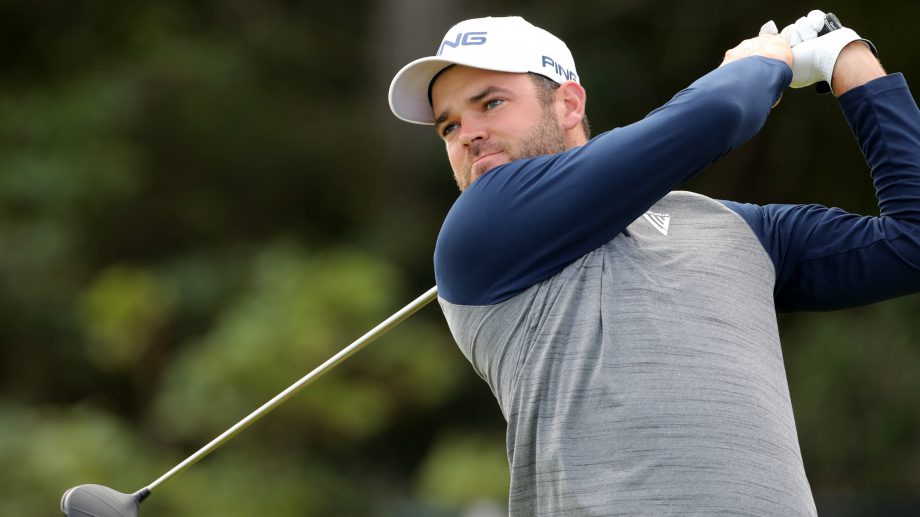 PORTRUSH, Ireland – The strangest weather J.B. Holmes ever experienced was at Royal Portrush.

Just not on Thursday in the British Open.

Holmes, who grew up in a Kentucky town so small that he made the high school golf team when he was in third grade, dropped a mild surprise after he shot 5-under 66 for a one-shot lead that his first experience in links golf was at Royal Portrush.

“The first hole we had short sleeves on,” he said. “The clouds came up, and the next hole it was raining so hard we couldn’t see. People were losing umbrellas that were blowing away. Three holes later, we were taking all our rain gear off and we were hot again.”

Holmes says University of Kentucky supporters arranged for a non-competition golf trip once every four years, and this one took place in about 2005. They started at Royal Portrush, went to Royal County Down and moved their way about Ireland.

But he loved the style of play. The real adjustment was by the caddies who saw the burly kid smash driver.

“At the time, most of the caddies we had weren’t used to somebody hitting 315 or 320, so I got some bad lines,” Holmes said. “I think when I was playing here, I hit five or six shots exactly where they told me, and I lost the ball.”

He only remembered the opening holes when he returned this week – Nos. 7 and 8 are new for this Open – especially the 374-yard fifth hole.

“The caddie told me to hit 3-iron over the stone,” Holmes said. “I said, ‘Why don’t we hit it at the green?’ He says, ‘Nobody hits it at the green.’ I hit 3-iron through the fairway and said I’m going to hit driver. And I actually hit it up on the green.

Corey Conners (Listowel, Ont.) is the low Canadian after round one, sitting in a tie for 54th at 1 over.

Few hung around to see the end of the best round of Ashton Turner’s remarkable career. After all, this was the last group of the day at the British Open and it was after 9 p.m. at Royal Portrush.

Turner’s parents were there, though, willing their boy on. They’ve been doing it for 20 years.

When he was 1, Turner broke his skull when he fell into a fish tank. It was discovered he had a rare form of cerebral palsy that causes an interruption of muscle control in the legs and arms.

Warned that their son might never walk again, Turner’s parents looked if there was a sport that could help him with his co-ordination. There was – golf.

Twenty years later, he was shooting a 2-under 69 to be tied for 16th at Portrush.

This is the Englishman’s second straight year at the British Open. He struggled in his debut at Carnoustie, with his back story putting him in the limelight.

“Not making excuses for last year,” Turner said, “it was hectic but I didn’t play great and didn’t prepare as well as I could. This year, it’s been great to just properly focus down to business.”

The sun came out, and the clouds rolled back in. The wind blew and rain came and went, sometimes so quickly that players didn’t have a chance to get under an umbrella in time.

If you didn’t like the weather Thursday at Royal Portrush, all you had to do was wait five minutes for it to change.

“The first nine holes I took on and put off my rain gear probably at least nine times,” Matt Kuchar said. “It went from hot and cold and wet and dry. I had it all out there today.”

The British Open, of course, is known for weather. Sometimes wind is the only defence for links courses sitting on the edge of the sea.

At Royal Portrush, though, Mother Nature seemingly couldn’t decide what to do.

“Felt like three or four seasons out there,” Justin Rose said. “The jacket was on and off. There was enough wind to keep it tricky but also not enough. Whatever it was, today was the perfect amount of wind on a links course.”

The wind made it tricky for players, and playing in the rain always adds another layer of difficulty. That didn’t stop J.B. Holmes from shooting a 66 with a large group of players just a few strokes behind, but it may limit how low the eventual winner goes if conditions remain the same.

“If we get the same periods of sun, couple of squalls, same strength of wind, I’d snap your arm off if anyone got to double digits (under par),” Paul Casey said.

Holmes said he doesn’t worry about conditions, and the less he thinks about them the better he plays.

“Every time you play in an Open you’re going to have unique conditions where it’s going to be windy and more than likely rainy,” Holmes said. “You just have to accept those conditions and the more you can do that and just try to play one shot at a time, that’s really kind of the secret.”

Two good tournaments got Bob MacIntyre into the British Open. He made his debut with one round he won’t soon forget.

MacIntyre was runner-up in two straight starts in May on the European Tour, in Denmark and England, and that helped propel him into the top 20 in the Race of Dubai, one of the categories for Open exemptions.

He started birdie-birdie at Royal Portrush. He made eagle on the par-4 fifth by driving the green. He was tied for the lead playing the 18th, until a bogey by missing the green sent him to a 68. And yes, the 22-year-old from Scotland noticed the leaderboards.

“I’m watching it every moment,” MacIntyre said, adding that when he made eagle on No. 5, he turned to his caddie and said, “We’re leading the Open.”

MacIntyre has one victory as a pro at the Sahara Kuwait Golf Championship on the developmental MENA Tour (Middle Eagle North Africa). This is his first full year on the European Tour, and he’s making the most of it.

He made his debut at the Scottish Open last week and felt the nerves. That helped in the British Open, his first major.

“Last week prepared me for this week,” he said. “Everything that’s happened just now has prepared me for the next thing. There’s still more things to see and prepare for. And I just have to take that as it comes.”