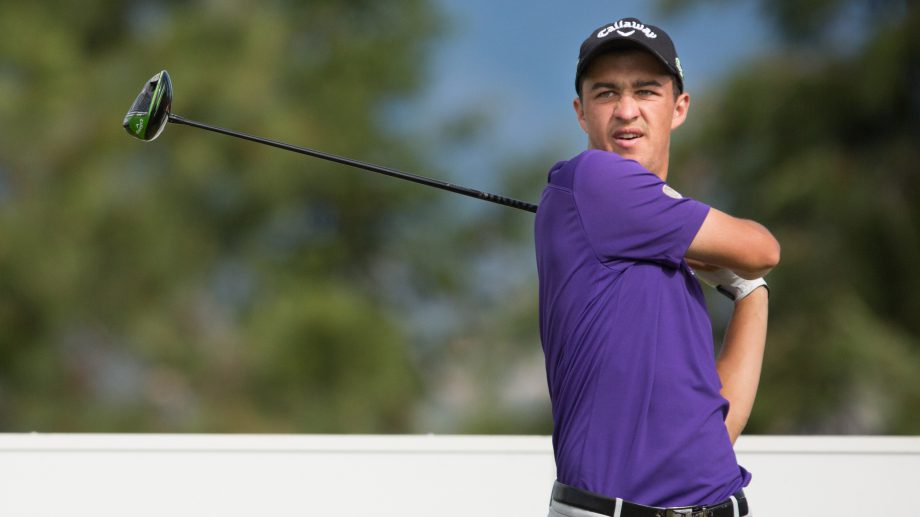 Calgary, Alta, Canada— When Corey Pereira made an ace on the sixth hole of the ATB Financial Classic, and carried the momentum to a first-round 64 at Country Hills Golf Club, it felt like it could be a special week for the University of Washington grad.

For Pereira, the week was a chance at redemption. In 2017, Pereira held a share of the 54-hole lead, but a 43 on the back-nine tumbled the then first-year pro into a tie for 30th.

Second time’s a charm. Learning from the experience, Pereira shot a final-round 67 to finish a single-shot clear of Lee Hodges to earn his first professional victory.

Needless to say, it takes four rounds of solid golf to win a tournament, and for Pereira, it was the little things in between the action that helped set him apart.

While most would have been happy and called it a day after a second-round 65, Pereira spent the next 90 minutes on the putting green, knowing he left a few out there.

“I feel like I should have shot a few strokes lower that round,” said Pereira. “I made some adjustments, I widened my stance and tried to get the shoulders and arms working more together, and that’s probably why I won, because of those adjustments.”

What came next, a course-record matching 62 in round three, set the stage for a battle of epic proportions between Pereira and Alabama alum Hodges on Sunday.

“Lee (Hodges) and I had a great time today,” said the first-time winner. “We’re good buddies and were cheering each other on to some point, but also wanting to beat each other to some point, so it was a good day.”

Pereira, with a one-stroke advantage over the fellow 23-year-old heading into the Sunday, was forced to battle for all 18 holes, especially after Hodges took a share of the lead after back-to- back birdies to start his day.

On the 11th hole, Pereira made his first mistake of the round, making bogey while Hodges made birdie, once again equaling the two atop the leaderboard.

That was the way things stood when an hour-and-a-half long lightning delay forced players off the course, allowing Pereira the chance to re-focus after the blemish.

Calm and composed, Pereira came out of the break with a birdie to reclaim his lead.

Tied again on the 17th green, Pereira made perhaps the biggest putt of his life, knocking in a 20- footer for birdie while Hodges settled for par.

On the 18th green, Hodges narrowly missed a 15-foot birdie look, allowing Pereira to tap in a 2- foot par putt, followed by a Tiger-like fist pump, to claim the victory.

The win vaults Pereira all the way up from the 24th spot on the Order of Merit into The Five, claiming the fifth spot. Should Pereira keep the spot at season’s end, he would receive status on the Web.com Tour for 2019.

Wes Heffernan picked up his second Freedom 55 Financial Canadian Player of the Week award of the season, firing a Sunday 66 to oust Riley Wheeldon by a single stroke. The event is just

Heffernan’s third tournament of the year, yet he is still currently in the top-60 in the Order of Merit at number 51.