Cornelson takes first round lead with 63 at Wildfire Invitational 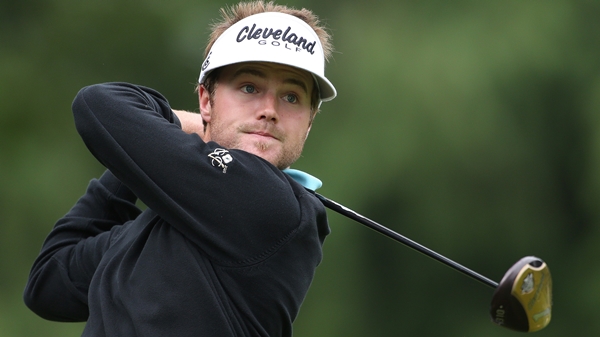 DOURO-DUMMER, Ont.  – Langley, B.C.’s Adam Cornelson fired a 9-under 63 on Thursday at Wildfire Golf Club to take the first round lead at The Wildfire Invitational presented by PC Financial.

The 26-year old carded seven birdies and an eagle to card his lowest career round on PGA Tour Canada in 37 starts, and led by one shot over Andover, Massachusetts’ Evan Harmeling. At 97th on the Order of Merit with three events to go, Cornelson said he was coming to Wildfire in search of a spark, and certainly found one on Thursday.

“We’re all making a push for the end of the season, and every dollar counts on this Tour,” said Cornelson, who has five career top-25 finishes. “It’s been a long summer for me, and I was happy to get a good one in the books. I just kind of slowly got rolling and took it one shot at a time.”

After re-securing his exempt status at the British Columbia Qualifying Tournament earlier this year, the University of New Orleans grad had high hopes for his 2014 season, but hasn’t been as sharp as he would have liked through nine events, with just three made cuts on the campaign.

“Everything felt good for my game and I just wasn’t scoring. I just had no expectations and went out and played, and some putts went in,” Cornelson explained as the catalyst for his stellar opening round.

One shot back with an 8-under 64, Harmeling finds himself in a similar position to Cornelson, sitting 126th on the Order of Merit with two events left to get inside the top-60 and qualify for the TOUR Championship of Canada presented by Freedom 55 Financial. The 26-year old put his round into perspective, noting that he was in solo second after one round at the Syncrude Boreal Open presented by AECON before finishing tied for 53rd, and was simply focused on continuing his solid play into the weekend.

“I’ve had some low rounds, so I’m not getting too excited after this one because of that. I definitely want to finish strong,” Harmeling said. “I started feeling it there at the end. I hit one pretty close at the end and I putted it well all day, so it was nice to finish it off well.”