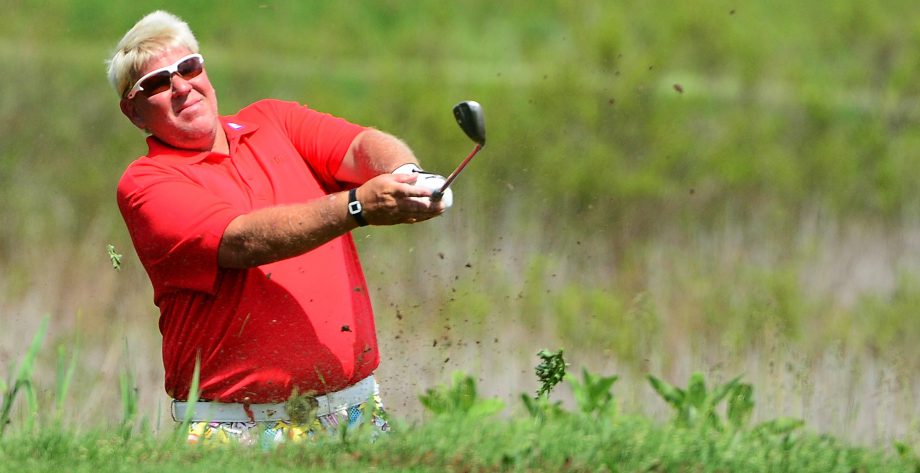 CALGARY—The bad boy of golf, John Daly, has confirmed he will be driving his bus to Calgary this summer to  bomb it off the tee at the 2016 Shaw Charity Classic, August 31 – September 4.

The country boy from Arkansas, who is the newest rookie to star on the Champions Tour, has been in high demand since reaching life’s half-century mark on April 28. One of the most colourful characters in professional sports, the two-time major champion and winner of five PGA TOUR titles is one of the most adored by golf fans around the globe, which has helped spiked galleries over the last six weeks on the senior circuit.

“John Daly is one of a handful of players in professional golf who is a needle mover,” said Sean Van Kesteren, executive director, Shaw Charity Classic. “Sport is entertainment, and John is exactly who fans of any sporting event want to come out and see. He is extremely talented. He still hits the ball a mile, and is a colourful character that is very entertaining while interacting with his loyal fan base. Having John Daly commit to playing in Calgary simply takes our tournament to a new level.”

Daly is excited to be back playing full-time on a Tour that will bring him to Calgary.

“I’m very excited about it. For me, it’s been seven years since I had a good schedule. My golf game hasn’t been that great, but I have been working really hard lately and I’m excited to have a full schedule and start a new chapter,” said Daly just days after his 50th birthday.

Always straight up with fans and media, Daly is renowned for having one of the largest galleries on any professional golf tour through good times and bad. Daly’s life full of public problems has pulled his loyal fans even closer to him.

“I’ve always said I’ve got the greatest fans in the world, and Calgary is no different. No matter what, through thick and thin, they’ve always stuck by me,” said Daly. “I hear the Shaw Charity Classic already attracts huge galleries. The fans pump me up and I feed off them. I always have and I probably always will. There is nothing better than getting it going and having the fans get loud and crazy. That’s just the way I like them so I’m looking forward to driving the bus up to Canada and hopefully give the fans something to get loud about.”

A wild backstory and unpredictable style, Daly has played in five events on the PGA TOUR Champions and is still searching for his first victory. His best finish is 15th at the Regions Tradition.