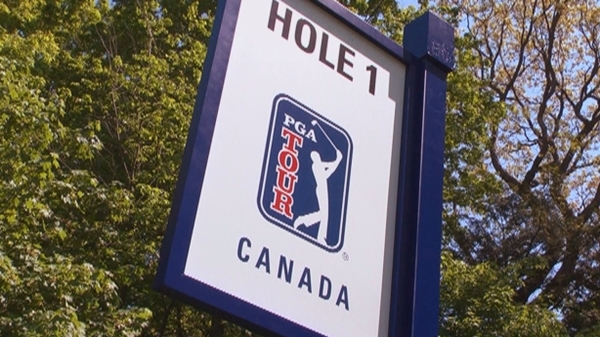 (COURTENAY, British Columbia) – California’s David Bradshaw carded a 7-under 65 Tuesday at Crown Isle Resort and Golf Community to take the first round lead at PGA Tour Canada’s British Columbia Qualifying Tournament. Bradshaw led by two over Garrett Driver and Russell Surber after one round.

The 31-year old Bradshaw is coming off an appearance two weeks ago at the Zurich Classic of New Orleans, where he Monday Qualified to play on the PGA Tour for the fourth time in his career. He is playing PGA Tour Canada Q-School for the first time, with an eye on earning status on the Web.com Tour next season.

“In years previous, I’ve done a lot of Monday Qualifying and played some of the mini tours, but even playing well in those events doesn’t advance you to the next level,” said Bradshaw. “I had never been to Canada until four days ago, so I thought ‘why not? Let’s go to Canada’ and try to play my way up.”

The Shepherd University grad started with an eagle on the par-5 10th, his first hole of the day, and would go on to post six more birdies on the round. His only miscue on the day came on the par-5 15th, where a ball out-of-bounds led to a bogey.

“I putted really well and I went on a good run on the front. I rolled it pretty well and hit some close iron shots. It’s wet out there so you can play so aggressive, but the greens are perfect too so you can really get on a roll,” said Bradshaw, who added that he was able to play aggressively due to the near-perfect weather conditions.

“I didn’t even look at how far right and left the pins were – I just aimed right at them.”