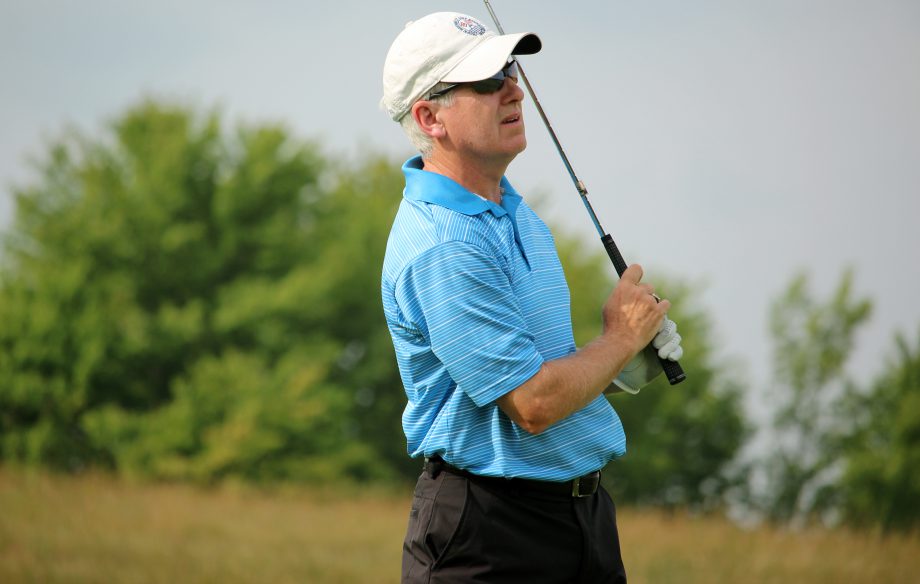 NIAGARA FALLS, Ont. – The stifling heat and humidity gave way to blustery winds on the third round of the Canadian Men’s Senior Championship. David Schultz battled the gusty conditions to move into a share of the lead alongside Michael Mercier.

A steady 2-under 70 saw Schultz of Calgary tally a trio of birdies, including two across a bogey-free back nine to move into a share of the lead at 3-under.

“It was a tough round,” said Schultz. “The wind was up today for sure and it created a lot of problems for everybody, but I kept it in play quite well. I actually hit a lot of iron shots close. I’m pretty frustrated with the way I putted – I could have gone really low today, but I was pretty happy with the way I played. Didn’t make many mistakes, so that was the key for sure.”

The 59-year-old is knotted alongside Michael Mercier of Juno Beach, Fla., who collected four birdies on the day. Schultz credited his hometown conditions for his performance.

“It fits me quite well,” he said when asked about the gusty day. “We play in a lot of wind in Calgary and I’m used to that. I play as good in the wind as I do when it’s not as windy. It just makes me hit some different shots and sometimes, I’m better hitting those shots. It was good for me.”

Schultz looks ahead positively to the final round, maintaining the need to stay the course and to keep composed.

“I think most of it is just playing the same way I have. I think I’ve got the right game plan and I know what shots I need to hit on the holes and just to be patient. It’s hard when you’re missing a few putts, but that’s what I’ve got to do – just not make a lot of mistakes. I’ll get down the stretch and see what happens.”

Also played alongside the championship’s first 36-holes was the Super Senior division. Gallacher posted back-to-back 72s to secure a six-stroke victory in the 65-and-over competition.

The 2016 Men’s Senior champion will receive an exemption into the 2016 U.S. Senior Amateur championship to be contested at Old Warson Country Club in St. Louis, Mo., from September 17-22.

The final day of competition will begin with groups teeing off Nos. 1 and 10 at 7:30 a.m. ET. Additional information from the championship can be found here.