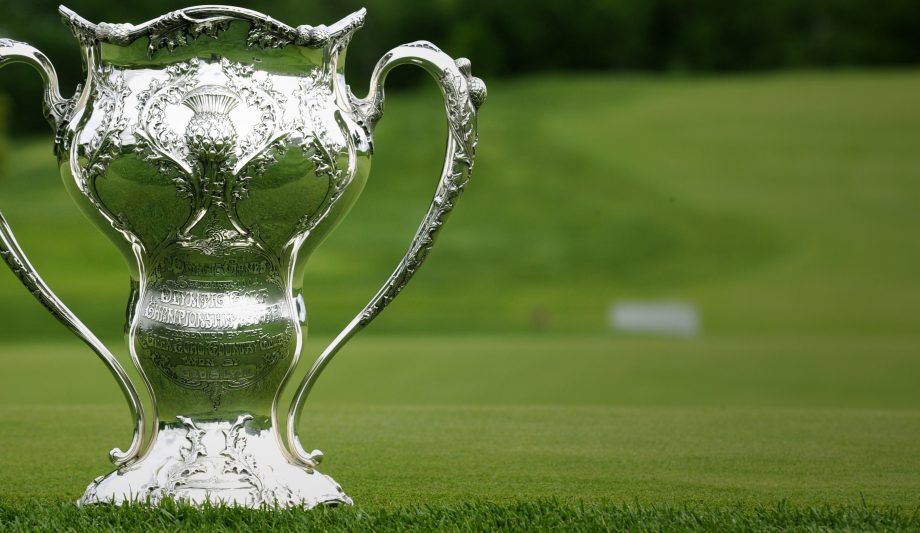 Canada defending Olympic gold is nothing new. This country has been there. It understands that pressure and what it feels like. Hockey, curling, figure skating, skiing; Canada accepts that challenge. It embraces it. Our athletes relish the opportunity. Here, it’s considered a mark of distinction.

When the Summer Olympics convene in Rio de Janeiro this August, Canada will again carry that crown. What makes this forthcoming gold medal defence in golf compelling is the circumstances. They are, as I see them, the most unique any athlete or team from any country, in any sport, has experienced in Olympic history.

Can’t say the duo of Brooke Henderson and Alena Sharp and a twosome among Graham DeLaet, David Hearn, Adam Hadwin or Nick Taylor haven’t had time to prepare. It’s been 112 years since their fellow countryman George S. Lyon bestowed them the defending champion tag for 2016. The charismatic 46-year-old won Olympic gold at the Games in 1904. It was just the second time golf was an official medal sport at the Olympics.

That is until now. Responsibility for wiping away that century-plus time warp goes to the International Golf Federation (IGF), a powerful consortium consisting of the United States Golf Association, Royal & Ancient, PGA Tour, LPGA Tour, Augusta National GC and PGA of America. It sees the Olympics as an untapped wealth of growth potential.

“We believe our game’s visibility will be dramatically elevated by the global platform that only the Olympics offer,” Billy Payne, Masters chairman, said during his press conference ahead of this year’s tournament.

To get this to the finish line with delegates from the International Olympic Committee (IOC), a presentation the IGF made on October 9, 2009 in Copenhagen, Denmark left nothing to chance. The group solicited unprecedented support from Tiger Woods, Jack Nicklaus, Annika Sorenstam, Michelle Wie, Padraig Harrington and others in pitching golf’s reinstatement for the 2016 Games in Rio and 2020 Games in Tokyo. The IOC vote wasn’t even close — 63 to 27 (with two abstentions) in favour.

Jordan Spieth says winning a gold medal for the United States would be right up there, in his mind, with winning a major championship.

“We’re going to approach it like a fifth (major),” the American said earlier this year.

“They showed a couple of videos the last couple of days of Olympians standing for the national anthems, standing on the podium and out there competing (for Canada),” said the teenager during a Canadian Olympic Committee symposium. “Every time I watch those videos I get goosebumps. My blood runs crazy.”

Defending gold in golf? We’ll do it the Canadian way — the way George S. Lyon did it 112 years ago in St. Louis — with class and distinction. But most of all, with everything we’ve got.