DeLaet one back heading into RBC Heritage final 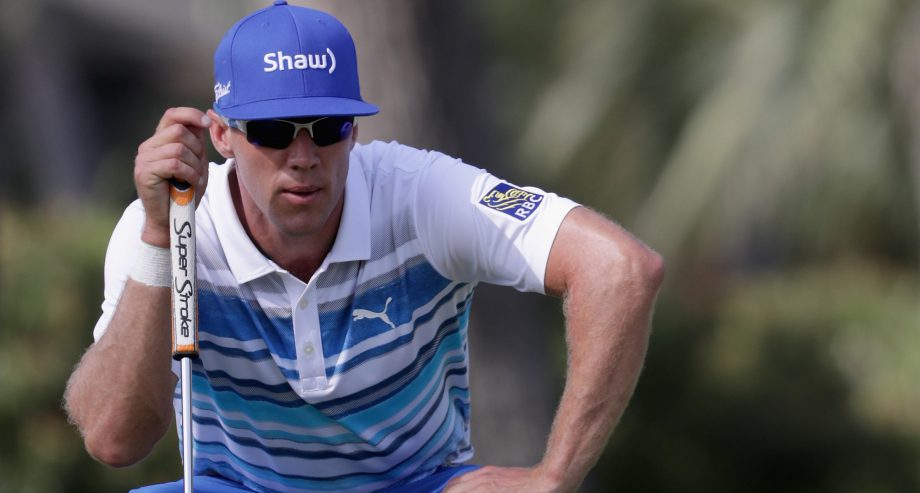 Dufner finished 33rd in the year’s first major, things getting away from late in the final round a week ago. But he took something from Garcia managing his expectations and letting his game show through. And Dufner believes that’s why he had got a one-shot lead heading to the final round of the RBC Heritage.

Dufner had two eagles on the way to a 6-under 65 to move in front of Canadian Graham DeLaet (69).

“That really gets in the way of playing well to be honest with you,” said Dufner, the 2013 PGA Championship winner. “So I think I maybe learned a little bit from the champion last week, where he kind of lowered his expectations, and got out of his way, so to speak, and let his talent and his game plan take it from there.”

Dufner’s talent was on display, particularly on Harbour Town’s par-5s.

He blasted a 215-yard approach on the second hole to 11 feet for his first eagle. He was short of the fifth green in two, then chipped in from about 100 feet for his second eagle. On the 15th, the course’s final long hole, Dufner settled for birdie, part of three in a row on the back nine that took him into the lead.

Dufner plays Harbour Town often, but without much success. His best finish was a tie for 14th and only once in seven previous fourth rounds has shot in the 60s. He is chasing his fifth PGA Tour title – and just the second since winning the Wanamaker Trophy at Oak Hill four years ago.

Get ready for the final round @RBC_Heritage with yesterday’s highlights. pic.twitter.com/hgqK0SKNAb

Dufner said he took confidence from his Masters performance and has carried that into this week.

“I feel like this golf course has always been a good set up for me,” Dufner said. “I haven’t had amazing results here, but I’ve been pretty consistent. We’ll see how it goes tomorrow.”

DeLaet was tied with Dufner heading into his final hole, but three-putted No. 18 from 35 feet to fall back. Still, it was the Weyburn, Sask., native’s third straight sub-70 round after having just five in five previous appearances here.

DeLaet is seeking his first tour win and knows it will take a mental effort to keep him straight.

“Obviously, this is the one thing that’s kind of missing,” DeLaet said. “So there’s going to be some battles (inside) that I’m going to have to deal with.”

Kisner followed up his 64 with a second straight bogey-free round at Harbour Town. The last of his five birdies – a 30-footer on No. 17 – pushed him into the tie with Simpson.

Simpson was the hottest player on the course when the round began, going 4-under over his first six holes including an eagle-3 at the par-5 fifth. Then Simpson cooled off, with 11 pars and a bogey on the 16th that dropped him two shots behind.

Ian Poulter, in a chase to stay on tour, shot 69 to stay in fifth. He had three birdies on the final five holes before the turn to share the lead with Simpson for a time. On the 10th hole, however, he hit his drive left in the water, then landed his second tee shot along the water line where an alligator – perhaps miffed by the first water ball – stared down the Englishman known for his colorful outfits. Poulter tried to set up, but the gator would not relent until the caddie of playing partner Simpson charged the reptile.

Poulter, playing on a medical extension, needs to earn $145,000 of 117 FedEx Cup points over the next two weeks to keep his playing privileges intact. He’s in good because fifth place pays $260,000.