DeLaet qualifies for The Open Championship 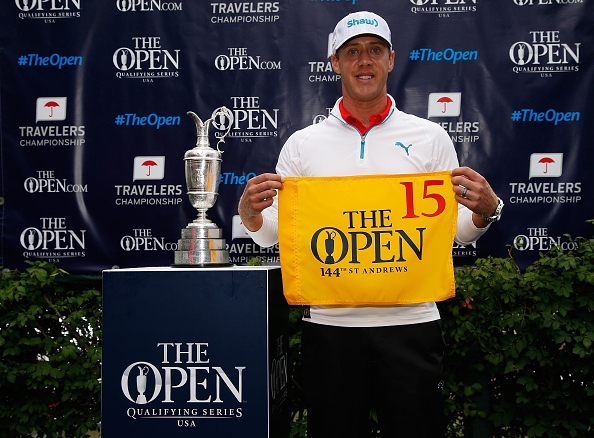 American Harman finished on 15-under-par for the championship to finish one shot behind Bubba Watson and Paul Casey, who went into a two-hole play-off, which was won by Watson. Canadian DeLaet finished on 14-under-par and Sweden’s Pettersson was one shot further back.

Donald finished on 11-under-par, one behind Zach Johnson who is already exempt for The Open, and alongside Americans Bo Van Pelt and Mark Wilson. The Englishman secured the final qualifying place by virtue of his higher position in the Official World Golf Ranking.

Harman turned in one-over-par and enjoyed an eventful back nine, trading four birdies and two bogeys for a one-under-par 69. The 28-year-old former Walker Cup player from Georgia won the 2014 John Deere Classic to qualify for The Open at Royal Liverpool where he finished tied 26th.

Despite getting off to a bad start with a double bogey at the 1st hole and finishing with a bogey, DeLaet produced four birdies to finish with a one-under-par 69. The 33-year-old, who played in the 2013 Presidents Cup, will make his third consecutive appearance at The Open.

Pettersson carded five birdies with just one dropped shot for a four-under-par 66 to finish on 13-under-par overall.  The 37-year-old from Gothenburg is a five-time winner on the PGA TOUR and has one European Tour victory. He will make his eighth appearance in The Open, with his best finish coming at Royal Liverpool in 2006 where he was tied eighth, and his first at St Andrews.

Former world number one Donald was concerned that a bogey at the last hole would prove costly but the 37-year-old had earlier notched up three birdies and an eagle on the par five 13th to post a four-under-par 66 and finish on 11-under-par for the championship. The Englishman has made 14 appearances in The Open with his best finishes of tied fifth coming at Turnberry in 2009 and Royal Lytham & St Annes in 2012.

“I’m really happy,” said DeLaet. “It’s an awesome Championship and it’s at the home of golf so I can still leave here with a smile on my face. I was standing on the 18th tee knowing that I had the third spot in The Open. When I hit my tee shot in the bunker all I could think was, ‘I really hope this doesn’t cost me my spot’. But it ended up being just enough.”