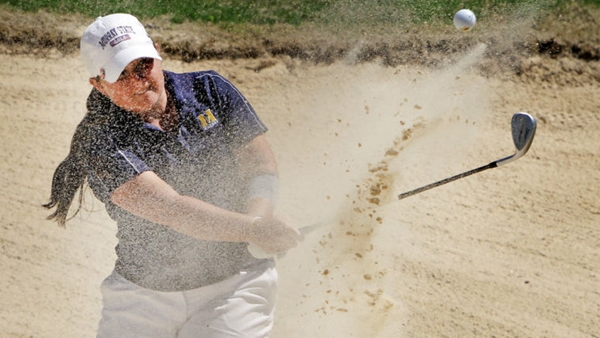 Delaney Howson of Newmarket, Ont. finished her senior campaign at Murray State University in style capturing the OVC Conference Championship by 14 strokes in Muscle Shoals, Ala.

Howson finished at 4-under 212 after firing rounds of 71-68-73 to set a new OVC scoring record. Her 4-under 68 in the second round was also the lowest score ever recorded at the OVC championship.

“I’m so happy right now, I don’t know what to say,” Howson said on camera following her round. “I wanted this so much for Coach and my team and to be here right now as champions, this is great!”

As a squad the Murray State Racers overcame six-shot deficit in the final round to capture their ninth Ohio Valley Conference Championship. Howson’s birdie putt on the par-3 18th was critical for the Racers and gave them the outright lead by two shots to secure their automatic spot into the NCAA Regional Championships in May.

In addition to Howson’s seventh win as a Racer, the former Team Canada Development Squad member was also named the OVC player of the year. She became the only Murray State player in history to be named to the first team All-OVC four years in a row.

For complete scoring and results from the OVC Championship click here.