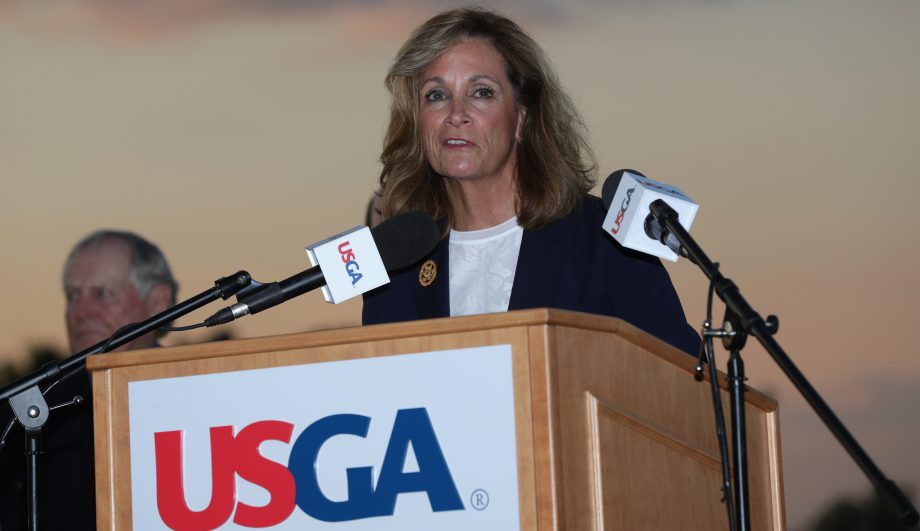 FAR HILLS, N.J. – Diana Murphy has been nominated to serve a second one-year term as the 64th president of the United States Golf Association by the USGA Nominating Committee, as the organization prepares for its 123rd year of service to the game of golf.

In addition, there are three newly nominated candidates for the 15-member Executive Committee: Thomas Barkin, Stephen Beebe and William Siart. Their collective experience encompasses expertise in strategic planning and nonprofit leadership, as well as a passion for environmental sustainability. If elected at the USGA’s Annual Meeting on Feb. 4, 2017 in Washington, D.C., they will replace retiring members William Fallon, Malcolm Holland and Asuka Nakahara.

The committee also nominated Mark Newell, a four-year Executive Committee member, as president-elect. The new officer position replaces the role of vice president eliminated in 2016, and supports succession planning for future association leadership. Newell, who served as USGA general counsel in 2011-12, currently chairs the USGA Rules of Golf Committee. He has focused significant efforts on a multi-year Rules modernization project led by the USGA and The R&A, and he continues to provide support and leadership toward the development of a world handicap system.

In addition, Robert Weber has been nominated to serve a second term as USGA general counsel.