Dubois moves on in U.S. Open qualifying with mother by side 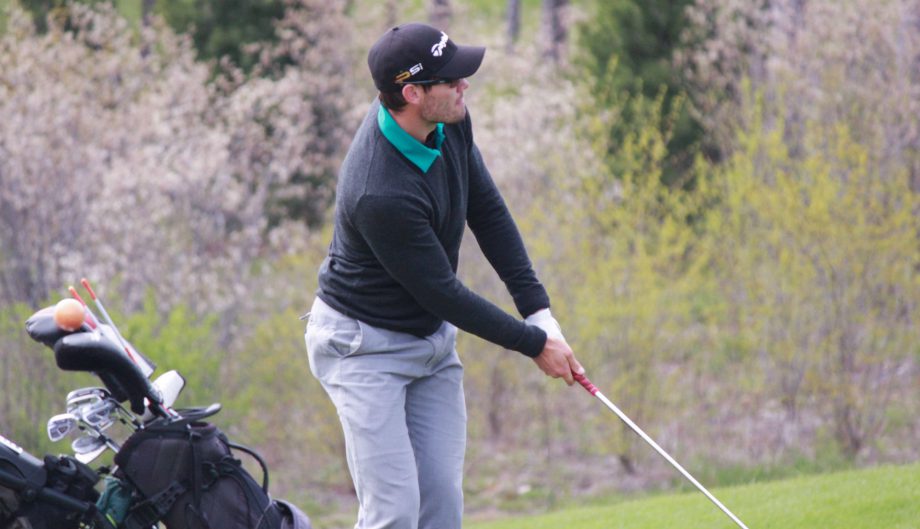 Winning is good, but winning with one of the most important people in your life by your side is even better.

That’s exactly what happened when Stephane Dubois rolled in his putt for par on the 18th green at Beacon Hall Golf Club during the U.S. Open Local Qualifier on Monday.

He recorded a tie for the low-score of the day at 1-under with Chase Komaromi and secured himself a spot at the U.S. Open Sectional Qualifier, the final step to the second major on the PGA Tour this season.

And by his side the entire time, playing the role of caddie, was none other than his mom, the person who knows him better than any other.

“My demeanour with her on the bag makes me much more calm and relaxed,” he said, immediately after he finished his round. “It puts things into perspective because when you can appreciate that we’re lucky enough to play a game for a living, everything else becomes kind of secondary.”

“I really like having her on the bag, she’s a great support and I wouldn’t pick anyone else.”

The mother-son, golfer-caddie relationship started back when the 25-year-old was younger, still an amateur and mainly playing during the summers. When he turned professional, he began going to a lot more tournaments, more often and she had less opportunities to take time off from her part-time job, but he didn’t turn to another caddie; he just carried his bag himself.

But when their schedules line up, she’s his number one pick to have at his side.

“I love having her out there,” he said. “Even if she’s just pushing the cart, she’s there for me. I love that.”

It’s not so much that his mother is an expert in golf and knows what kind of shot should be played at any given time, but she’s an expert in a more important area: Dubois himself.

“She’s not an outstanding golfer, and she’d be the first one to admit that, but she knows me better than anyone else,” he said. “As far as the golf game goes, she can appreciate a good shot and a bad shot or when I’m happy and when I’m frustrated, but beyond that she kind of just lets me play.”

As to whether or not Dubois’ mother is hard on him out on the links, she typically leaves the criticism for when she stops assuming the role of caddie, and resumes the role of mom.

“She’s much harder on me when I don’t do the dishes at home than if I leave one short in the water.”