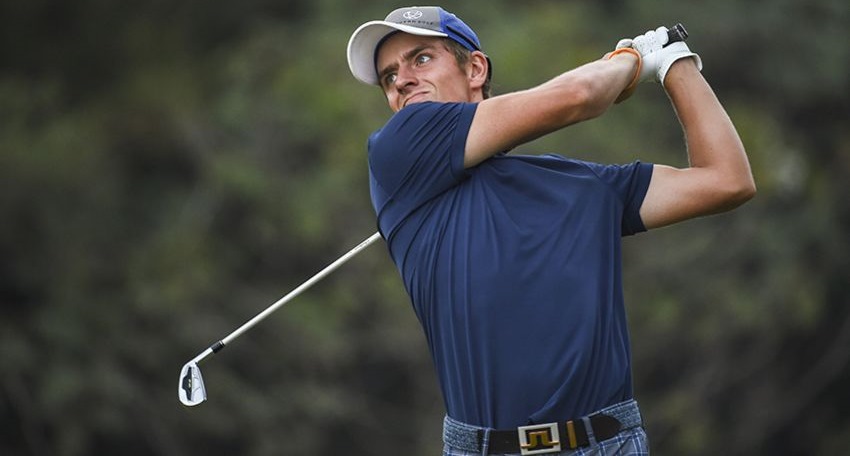 Calgary – Due to heavy overnight rain that led to subsequent flooding of the area around Country Hills Golf Club, the final round of the ATB Financial Classic was cancelled after the golf course was rendered unplayable.

Having carried a two-stroke victory through 54 holes after a 7-under 65 on Saturday, England’s Charlie Bull earned his first career Mackenzie Tour – PGA TOUR Canada victory with a 16-under 200 total.

“I don’t think it’s sunk in yet. It’s so cool to win my first ever pro tournament,” Bull said. “It’s bizarre the way it’s all panned out. But I played great golf and even though it’s unfortunate not to have a four-round tournament I’m still so happy with how I played.”

The 24-year-old took a one-stroke lead to the back nine on Saturday with plenty of players making birdies behind him. Having never experienced holding a lead before, Bull’s performance under pressure proved his worthiness as a champion.

“To play the way that I did under the pressure yesterday knowing that I was leading and knowing there was bad weather coming in was really exciting to me,” Bull said. “I had never led a Mackenzie Tour event. I had been around the lead before, but to be able to hold the lead pretty much throughout the entire round, that’s exciting to me as a golfer. It’s what we play golf for.”

Just three weeks ago, Bull’s game was in disarray after missing the cut at the Staal Foundation Open in Thunder Bay to the point where he was unsure if he would even play the two-week stint in Alberta.

“To be where I was three weeks ago in Thunder Bay, to suddenly be here with a trophy is mind boggling,” said Bull, who jumps from No. 94 to No. 8 in the Order of Merit with four events remaining in the 2016 season.

Now with a win under his belt, Bull knows he still needs to finish strong.

“If I was further ahead on the money list I could start counting my chickens but now I have to go play some good golf the rest of the season and make sure I get into the top 5 and very worse top 10.”

With a total score of 14-under par 202 in a tie for second place, 19-year-old Austin Connelly finished as the top Canadian on the leaderboard, earning Freedom 55 Financial Canadian Player of the Week honours and a $2,500 prize.