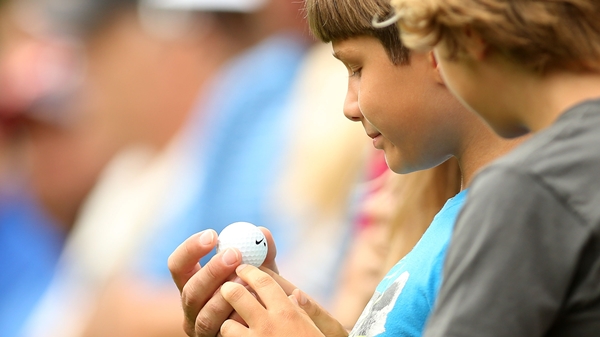 There’s a hoary old saying: “Build a better mousetrap and the world will beat a path to your door.” It is, opines Wikipedia, the font of all modern knowledge, “a metaphor for the power of innovation.”

Yet you can innovate your butt off and, if no one knows about your better mousetrap, you are—to quote a biblical passage—“hiding your light under a bushel.”

That’s why golf equipment companies spend millions on marketing their newest mousetraps … er … innovations and not hiding them under the proverbial bushel. The increasing frequency of these new clubs and balls can, understandably, lead the cynical among us to question whether they are really better, or just different.

Sure, they look cool and you know that Tour pro XYZ plays them, but you think that’s only because the company is paying him or her handsomely to use them in competition. And a Tour pro just plays what they are given, cashes the cheque and shuts up, right? What they do has no bearing on what ends up in our golf bags, correct?

To prove that theory wrong, think about this the next time you get into your car. Things like air bags, disc brakes, crushable body structures, independent suspension, radial tires, and significant engine and transmission advancements in your car were developed by brilliant engineers at the automobile companies and then tested by the best drivers on the planet in competition.

It’s the same thing with golf equipment. “There is no way these companies would put millions and millions into research and development and not come out of that process with something better,” says Rick Young, equipment and business analyst for SCOREGolf. “Their biggest spend is on R&D and they work four to five years ahead. Then, when they have a new product, they hand it over to the pros to validate the technology.”

Along with Young and some other Canadian golf writers, I had a chance to witness that first-hand on the Tuesday preceding The Barclays. NIKE was unveiling their new Vapor line of irons in New York City with the help of Tiger Woods and Rory McIlroy. Tech sessions covered every aspect of the new line’s technology. I admit my eyes glazed over when hearing phrases like “Precision Power” and “Modern Muscle.” But I quickly regained focus when Tiger and Mike Taylor, NIKE’s resident club design genius, retraced the development of the irons and Tiger’s role in that process. Trust me, Tiger was integrally involved. And believe me when I tell you the technology behind the new irons is solid. Or don’t trust or believe me. Young, one of the most respected equipment writers in the business, agrees with me. So there.

I use NIKE as an example only because I was witness to this latest demonstration of what all leading golf equipment companies are after. They are after not just your dollars, but your loyalty and your increased enjoyment of the game. They desperately want you to enjoy the game of golf.

“If we don’t have new technology coming out all the time, I guarantee golf would be less popular than it is,” says Young. “Do the new clubs and balls automatically make you better? Not necessarily. That is up to you. Get the right equipment for you and get it custom fitted.”

When Young got into writing about equipment, back about the year 2000, the Titleist Pro V1 had just revolutionized the golf ball world. Standard driver size, which had been around 190 cubic centimetres, had exploded to 340-350cc with Callaway’s Great Big Bertha II, King Cobra and TaylorMade Burner. Wedges were the flavour of the week, with the standard pitching and sand wedges enhanced with versions ranging from 52 to 64 degrees of loft.

Then came the technology explosion.

Less than 15 years later, drivers are limited to 460cc. Woods and irons and balls must have reached their limits.

“We are on the cusp of something dramatic material-wise that will show itself in the next two or three years. I’m sure of it.”

He is also sure that right now, in some lab somewhere, mad boffins in the employ of golf equipment companies are toiling away over those new materials. Bunsen burners are boiling. Electricity crackles across the lab. Sweat drips from their nerdy brows. They haven’t seen the light of day for months.

Suddenly, a cry echoes across the room. (With apologies to the original Frankenstein movie of 1931.)