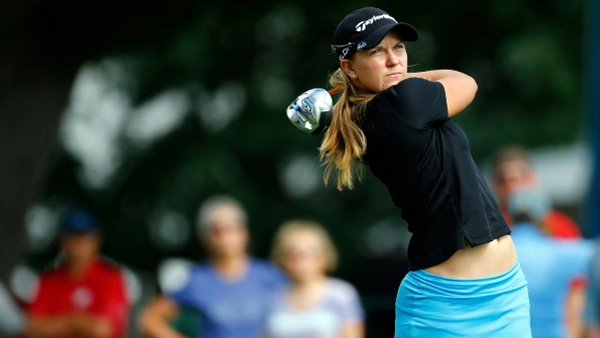 PORTLAND, Ore. – Austin Ernst won the LPGA Tour’s Portland Classic on Sunday with a par on the first hole of a playoff against South Korea’s I.K. Kim.

It was the first professional victory for the 22-year-old Ernst, who shot a 5-under 67 in the final round to get to 14 under at Columbia Edgewater. Kim, the first- and second-round leader, carded a 68.

Ernst pulled into contention with a 5-under 31 on the front nine, highlighted by a chip-in eagle at the par-5 fifth. Kim made four birdies and no bogeys.

South Korean’s So Yeon Ryu and Chella Choi tied for third at 12 under. Ryu, last week’s Canadian Pacific Women’s Open winner, shot 70, while Choi had a 68.

Sue Kim of Langley, B.C. and Jennifer Kirby of Paris, Ont. finished as top Canadians with a share of 52nd at 1-under 287.