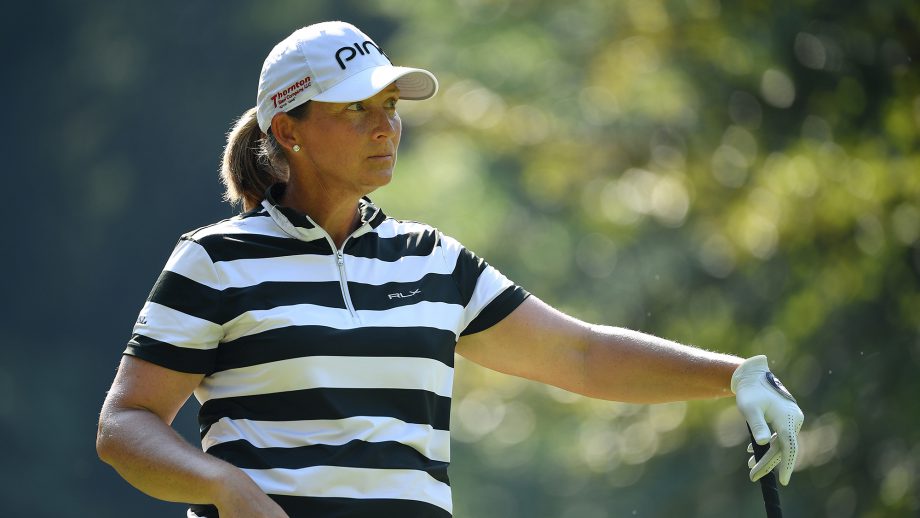 EVIAN-LES-BAINS, France – Restored to July on the calendar, the Evian Championship begins back-to-back weeks of major championships in women’s golf for the first time in six decades on Thursday.

It shapes up as a tough test starting in a French heat wave for players who aim to play eight rounds of major golf in 11 days here and at the Women’s British Open.

“There’s so much emotion that is going to go into this,” defending champion Angela Stanford said Wednesday, pointing to a challenge for players unfamiliar with either Evian Resort Golf Club or next week’s venue at Woburn, England.

According to the LPGA Tour, playing majors in successive weeks has not been tried since 1960. This year’s schedule also condenses the five majors into exactly four months – from the April 4 start of the ANA Inspiration to the final round of the British Open on Aug. 4.

To become the fifth women’s major in 2013, the $4.1 million Evian Championship gave up its place in the July sun for typically rainy September. Entire rounds were twice swept from the record books before winners of 54-hole tournaments were crowned in 2013 and 2017.

“I do hate the cold. I was complaining a little when it used to be in September and colder,” said top-ranked Sung Hyun Park. In a Thursday storm two years ago, Park’s 6-over score after five holes was abandoned for a fresh Friday start. She missed the cut last year.

The 25-year-old South Korean never played at Evian when it was a regular LPGA Tour-sanctioned event in July from 2003 to 2012.

The hot, dry summer in eastern France is forecast to continue for the first two rounds with mid-30s Celsius (mid-90s F) temperatures.

The greens are predictably harder and faster than in September – “runs more and bounces a lot more,” Park said – though the course is playing long off the tee.

“I’m a little bit disappointed in the fairways right now. A lot of players expected firm and fast, and it’s not,” Stanford said, adding the conditions could force players to “play more on defence.”

On undulating hills overlooking Lake Geneva, the course can be a demanding walk in the heat before the expected weekend arrival of thunderstorms. The forecast for Sunday’s final round is an autumnal 20 C (68 F) in the rain.

“I need to conserve energy,” 15th-ranked Jessica Korda said of playing back-to-back big events. “I know what I feel like after majors and how much time I like to take off.”

A win for Korda, or her 10th-ranked sister Nelly, would extend a streak of five straight first-time winners of majors.

In a period lacking a dominant player, 10 different players won the past 10 women’s majors, starting with In-Kyung Kim’s 2017 British Women’s Open title. All 10 are in the 120-player Evian field.

Stanford may be the biggest outsider among them, having gone without a top-20 finish since her victory here.

“Honestly, it’s been a very bad year,” said the forthright Texan, who could take inspiration from Americans who retained their title in France this month.

Stanford said she was in a Chicago park on July 7 watching a public screening of the United States soccer team’s victory in the Women’s World Cup final.

“It was so cool. I loved it,” Stanford said. “Sometimes you have to be bold, and they were bold.”