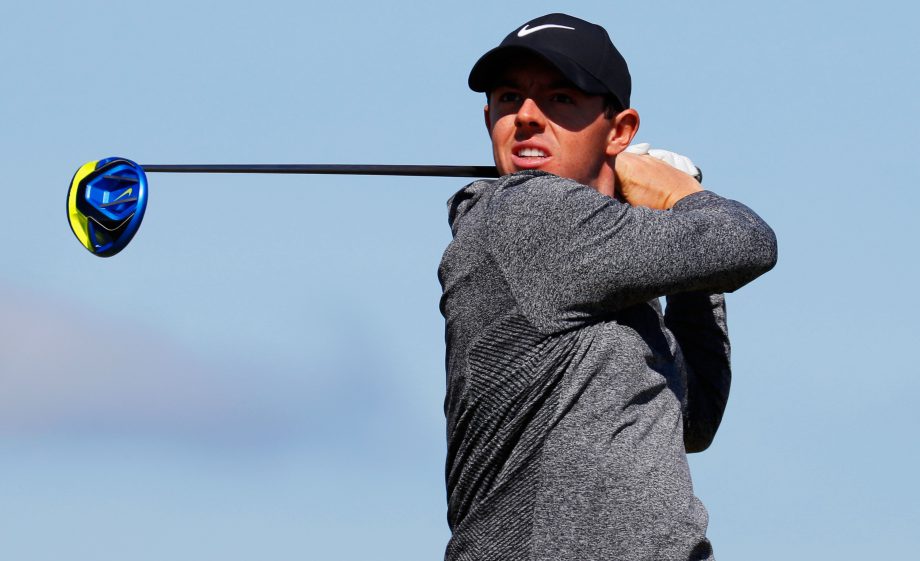 Thursday was his first round since he won the claret jug at Royal Liverpool two years ago because he had to sit out St. Andrews with an ankle injury. And finally, he was able to talk about his birdies – all five of them – instead of jabs at Olympic golf that caused such a stir earlier in the week.

“It’s nice that the tournament started,” McIlroy said after opening with a 2-under 69. “I think I said all I needed to say on that matter and hopefully I can go out tomorrow and play similar to the way I did today and get myself right into contention for another claret jug.”

McIlroy gave away three shots, and a share of the early lead, with two sloppy holes on the back nine at Royal Troon. But in a procession of golf’s Fab Four, he made the best of the ideal conditions along the Irish Sea.

Jordan Spieth, Jason Day and McIlroy were in separate groups separated by four tee times. Spieth was heard uttering rare words – “I can’t buy a putt” – on his way to a 71, while Day made it three straight majors as the No. 1 player in which he failed to break par in the opening round. He had a 73. Johnson played in the easiest conditions and shot 71.

The strong talk from McIlroy on the idea of Olympic golf helping to grow the game might have revealed a deeper state of his mind. He is fed up with watching others go to No. 1 and win majors, and there was a sense he was ready to do something about it.

He came out firing, and with a third straight birdie on the Postage Stamp par 3 at No. 8, he was 4 under and tied for the lead. That changed with a shot over the green, a poor chip and three putts for a double bogey on the 13th, and he was so angry that he dropped another shot on the 14th.

The real test could be Friday with rain in the forecast. McIlroy, even with his roots in Northern Ireland, is not regarded as a player who thrives in bad weather. And he was six shots behind Phil Mickelson. His hope is that it clears out by the time he tees off in the afternoon.

“I don’t think we’re going to see the course like this for the rest of the week,” he said.

Day takes his No. 1 ranking seriously. Maybe too seriously.

Favored in all three majors this year, he still can’t seem to get off to a good start. Dropped shots on the back nine sent him to a 72 at the Masters. He opened with a 76 at Oakmont and had to play well just to make the cut. And in the ideal conditions at Royal Troon, he shot 73.

For the third straight time, he has to spend the rest of the week catching up.

Day might be one of the few players hoping for bad weather because it might be his best way to get back into the tournament.

Spieth faced two 10-foot birdie putts on his opening holes. He missed them both, a sign of what was to come. The player known as the best putter in today’s crop of players required 18 putts on the front nine – a pair of two-putt birdies, one par save and a three-putt bogey on the ninth.

He stared for the longest time at a leaderboard next to the 17th green, realizing that even par wasn’t going to cut it on a perfect day as this.

When asked what was wrong with his putting, Spieth smiled and said, “That’s a question I almost never get asked. So because of that, I’m not thinking much of it.”

He at least hit the ball well from tee to green, calling it his best since he won by eight shots in Hawaii to start the year. He made a lot of putts in Hawaii.

In his first round at a major since winning the U.S. Open, Johnson played a round that usually gets rewarded at a U.S. Open – 14 pars, two birdies, two bogeys. Except this was the British Open, and the conditions were never easier at Royal Troon.

He blasted driver on the opening hole toward the sea and made bogey. He played the par 5s in even.

“Obviously, you have to hole some putts here,” he said.

That’s true at any major.