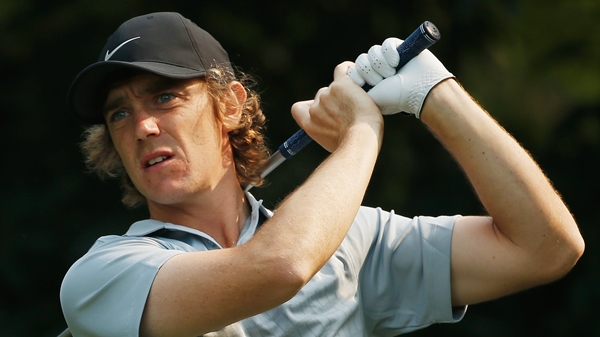 CHONBURI, Thailand — Former champion Lee Westwood was relieved to card a 1-under-par 71 in windier conditions to trail Thailand Championship leader and English countryman Tommy Fleetwood by one shot after the second round on Friday.

Westwood had five birdies against four bogeys in rough he called brutal, and considered he played well at Amata Spring Country Club. The 2011 champ was at 3-under 141, tied with Marcus Fraser of Australia (72).

Making his debut in the Asian Tour event, new leader Fleetwood shot 69, spoiled only by a bogey on the fourth hole.

U.S. Open champion Martin Kaymer was at 3 under for the tournament after 13 holes, but bogeys on the 14th and finishing hole dropped him to 1-under 143 and into a tie for sixth with Thai No. 1 Thongchai Jaidee (71), and American Paul Peterson (72).

Defending champion Sergio Garcia (75) and two-time Masters winner Bubba Watson (70) were at 2 over.

Canada’s Richard Lee, who began the day with a share of the lead, shot a 76 and dropped back into a tie for 12th at +1.