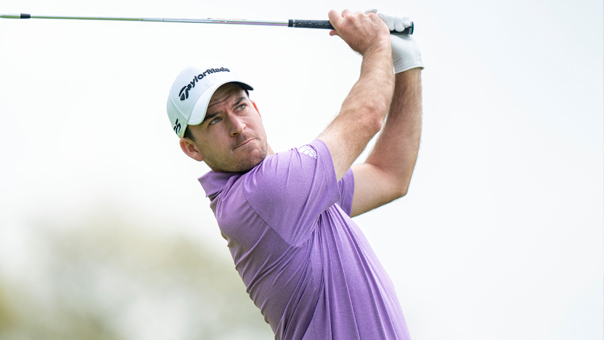 HAMILTON, Ont.  —  Nick Taylor and Adam Hadwin of Abbotsford, B.C., as well as Ben Silverman of Thornhill, Ont., and Mackenzie Hughes of Dundas, Ont., all sit within the top 10 after two-rounds of the 2019 RBC Canadian Open at Hamilton Golf & Country Club.

Taylor carded a second-round 65 Friday and finds himself tied for third with 2013 RBC Canadian Open champion Brandt Snedeker at 11-under par. His 5-under par performance included three birdies on his final four holes.

“I felt good, to be honest,” said Taylor. “Early on, I was hitting good shots, but putts weren’t dropping. Then I hit four great shots on the last two holes. It was nice to make that putt on the last hole.”

Snedeker matched the lowest single-round score ever at the RBC Canadian Open by carding a 10-under par 60. Carl Pettersson shot 60 in 2010 at St. George’s Golf & Country Club.

“I didn’t really think about it until I got to the 17th tee,” said Snedeker, whose scor of 60 is also a new Hamilton Golf and Country Club course record. “I was hitting the ball so well off the tee and making so many putts. It was one of those rounds where everything comes together.”

Hadwin holds sole possession of 6th at 9-under. Hughes and Silverman share 7th spot at 8-under.

Silverman handed in a scorecard of 9-under-par 61 Friday, which is the lowest round ever recorded by a Canadian at Canada’s National Open Golf Championship.

“It’s great, it’s where I want to be,” added Silverman. “I was hitting fairways and it’s almost impossible to score around here if you’re missing fairways. “

Americans Scott Brown and Matt Kuchar both shot 7-under to finish the day as co-leaders at 12-under.

The shot of the day belonged to Kramer Hickok. The Austin, Tex., native made an albatross on No. 4 – only the fourth albatross in RBC Canadian Open history and the first since Guy Hill in 1996 at Glen Abbey Golf Club. This was the sixth albatross on the PGA TOUR this season.

Toronto’s Richard Jung was tied for 33rd at 4-under and Roger Sloan of Merritt, B.C., was tied for 55th at 2-under.

The third-round of the RBC Canadian Open gets underway at 8:25 am, while the final pairing tees off at 2:10 pm. Tee times for the third round can be found here.