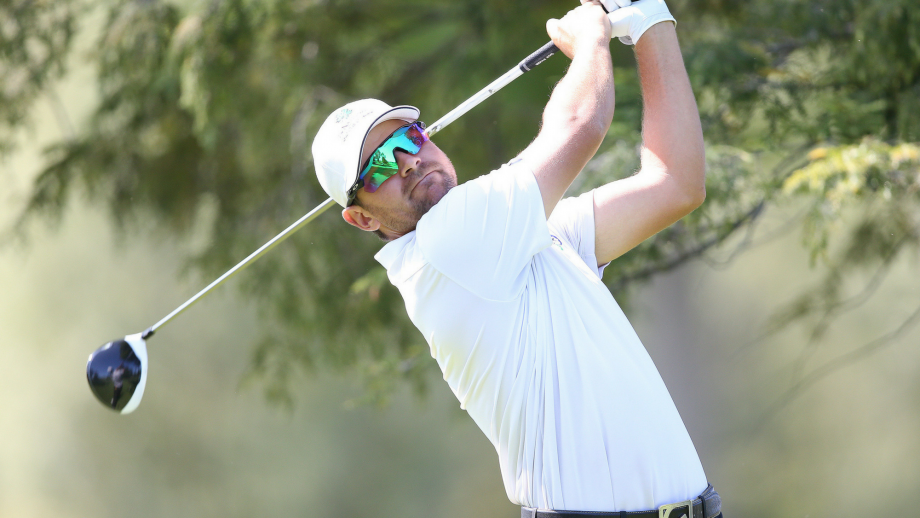 THUNDER BAY, Ont. — Riley Wheeldon is the top Canadian at the Staal Foundation Open after three rounds, vying for his second Freedom 55 Financial Canadian Player of the Week award after finishing his round with five consecutive birdies, and six in his final seven holes, to shoot 30 on the back side. The Richmond, B.C., native heads into the final round T6 after his Sunday 67.

Fellow Canadian Jake Duvall continued his solid golf into the weekend. With just a single blemish on his card, the Victoria, B.C. native shot 69 and heads into Sunday T8, the first time he’s held a top-10 position heading into a Sunday in his Mackenzie Tour career.

Jared Du Toit of Calgary, Alta., and Michael Gligic of Burlington, Ont., also head into the final round in the top-20 at 11 under.

For the second consecutive day, Blake Olson is at the top of the leaderboard at the Staal Foundation Open due to a Saturday 69 at Whitewater Golf Club. Olson’s 17-under total gives him a one-shot lead heading into the final round.

Despite giving a shot back on three out of four par-3s, Olson made six birdies on the day to shoot his third round in the 60s in a row.

“I wasn’t in any panic mode because it was playing tough this afternoon,” said Olson. “If you look at anybody in the last five groups, it was a grind, it wasn’t anywhere as easy as the morning. I know some guys shot some good early-day scores, but they’ll be playing more in the heat tomorrow, so we’ll see.”

The Pensacola, FL product has played each event on the Mackenzie Tour schedule this season and is currently the 32nd ranked player on The Five leaderboard, with his best finish coming as a T10 at the Freedom 55 Financial Open in June.

Since he missed the cut at the Bayview Place DCBank Open presented by Times Colonist, Olson has played 15 consecutive rounds at even-par or better on Tour.

The 27-year-old noted four important points he will think about as he draws into a final pairing for the first time in a PGA TOUR sanctioned event.

“Playing solid, staying present, realizing it’s just golf and having fun,” said Olson. “My name was on the top yesterday, it’s on top today, I’m just going to look to have some fun tomorrow and see if we can keep it there.”

Meanwhile, drawing into the final pairing with Olson is Australian Brett Coletta after rounds of 66-64-69. Coletta has two top-25 finishes this year.