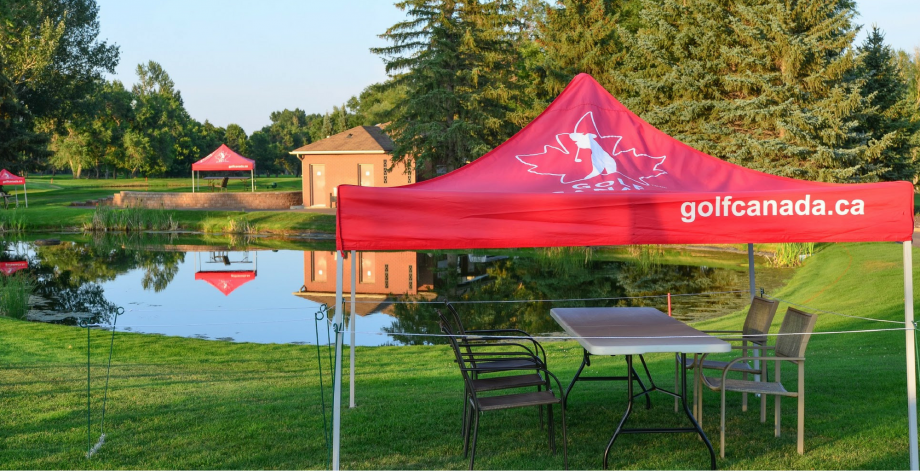 Two of the co-leaders — Duquette of Laval, Que., and Ruby of Waterloo, Ont., — recorded an eagle in their first round.

“My eagle was pretty sweet. It was all over the pin and then it just spun around and went right back into the cup.” ” said Ruby with a laugh. “I didn’t realize I made the shot until I saw my mom pointing at it.”

After starting on the back-nine and firing an eagle on his second hole, Duquette remained pretty consistent.

“It was a pretty good round. I hit the ball pretty well, my putter could have been a bit more consistent, but overall it was good,” said Duquette after his first round. “This is my third Canadian Junior Boys Championship and it’s always a nice tournament to play in with all the best players in Canada.”

McKinlay of Lancombe, Alta., and George of Richmond Hill, Ont., round out the four heading into Tuesday’s round with a one-stroke lead.

In the 16-and-under juvenile division, Jace Minni sits atop of the leaderboard 2 under. Last year’s juvenile division winner, Team Canada’s Christopher Vandette, sits one-shot back with a piece of second alongside Spencer Grainger and Luca Ferrara.

Team Ontario leads the inter-provincial competition after the team consisting of Nolan Piazza, Matthew Anderson and Luc Warnock shot a combined 1 over. Team Quebec and Alberta are tied for second at 2 over.