Fritsch takes lead into final round of Web.com Q School 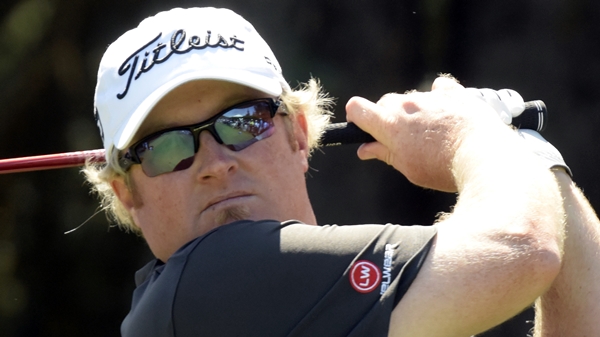 PALM BEACH GARDENS, Fla. – Canada’s Brad Fritsch isn’t showing any signs of slowing down as he continues to tear up PGA National, taking a five-shot lead into the final round of  the Web.com Tour’s 2015 Q-School.

The Ottawa resident carded a 2-under-par 70 during Monday’s round at PGA National’s Fazio Course – the fifth of the six round event – which included two bogies and four birdies. He’s sitting at 22-under heading into Tuesday’s finale.

Sitting second at 17-under is American Andrew Landry who carded a 5-under 67 Monday to climb two spots up the leaderboard.

Aside from Fritsch, six other Canadians are taking part in Web.com Tour final qualifying.

Vancouver’s Ryan Williams matched his best round of the tournament, a 3-under 69, to sit tied for 10th at 3-over.