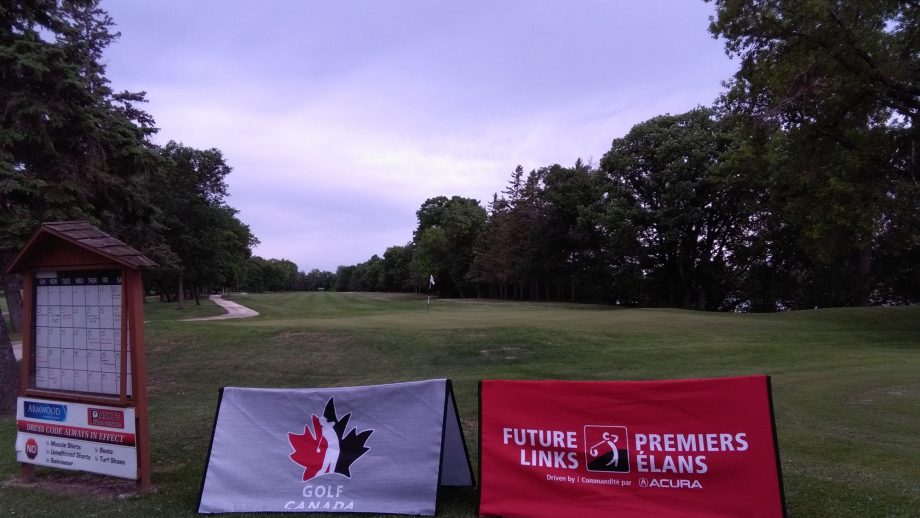 With support from Golf Manitoba, the Future Links, driven by Acura Prairie Championship is the fifth of six regional junior championships presented in partnership with Acura. The 54-hole stroke play tournament will begin with a practice round on June 14 before the tournament gets underway with round one on June 15.

Before the golf course first opened on May 31, 1922, the land was littered with scrap iron until the club founders planted hundreds of trees on the course to divide the fairways. Now, Portage Golf Club is a true island gem and a beautifully manicured 18 hole golf course that is situated along the shores of Crescent Lake.

“Golf Canada and Golf Manitoba are delighted to present the 2018 Future Links, driven by Acura Prairie Championship,” said Lisa Andersen, this week’s Tournament Director and Director of Competitions at Golf Manitoba. “We are certain that Portage Golf Club will challenge Canada’s premier junior golfers as they showcase their skills.”

The field will consist of 33 junior golfers in the Junior Boys Division with the top six earning exemptions into the 2018 Canadian Junior Boys Championship on July 30-Aug. 2 at Medicine Hat Golf & Country Club in Medicine Hat, Alta. A tie for the sixth position will be decided by a playoff following the conclusion of play.

The Junior Girls Division will consist of 10 golfers with the top six (including ties) earning an exemption into the 2018 Canadian Junior Girls Championship on July 31- Aug. 3 at Beach Grove Golf Club in Tsawwassen, B.C.

The Atlantic Edition of the 2018 Future Links, driven by Acura Championship will conclude the regional championship series this summer from July 16-19 in Port Blandford, Nfld., at Twin Rivers Golf Course

Andrew C. Campbell of Saskatoon, Sask.
The eighteen-year-old finished the event last year in a tie for fifth. He would go on to place T3 at the Saskatchewan Junior Boys’ Championship at Chinook Players Club.

Sydney Scraba of Calgary, Alta.
The Calgary, Alta. product most recently came in second at the MJT – Alberta Spring Classic 2018, which took place from May 5-6 at Paradise Canyon Golf & Country Club. Seventeen-year-old Scraba placed 3rd at the Western edition of this championship in 2017.

Ryan McMillan climbed up the leaderboard to earn his victory last year in the junior boys division.

Chaewon Baek went wire-to-wire to win the junior girls division at this event in 2017.

ABOUT THE COURSE
First official opening day was May 31, 1922.

Joined the Manitoba Golf Association in 1924.