Gary Cowan – From Rockway to Augusta 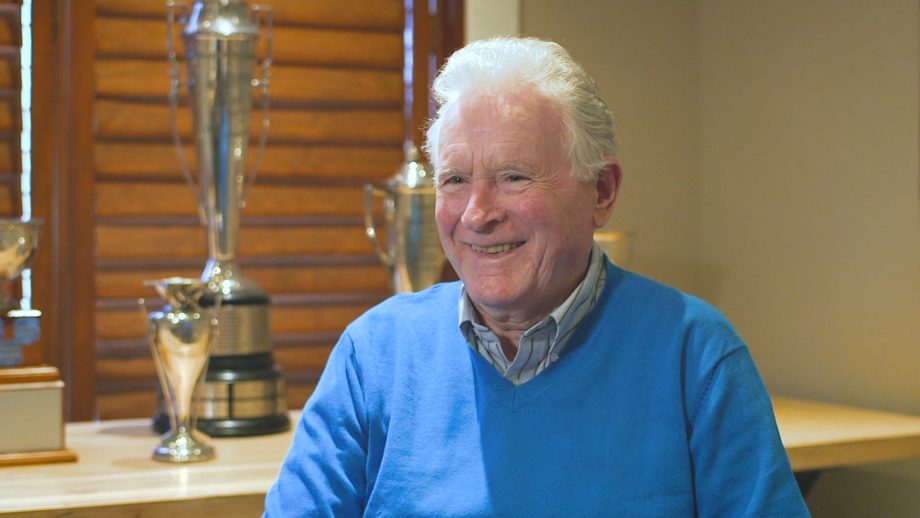 There are countless memorable golf shots witnessed while playing the game or experiencing on television.  Tiger Woods is synonymous with many of those iconic shots, including his 2000 Canadian Open bunker shot at Glen Abbey Golf Club to solidify his rare status as a Triple Crown winner.

Outside of the professional tour ranks, it is another moment by a Canadian legend that included among the greatest shots in the storied history of amateur golf.  With a one-stroke lead on the 18th hole at Wilmington Country Club during the 1971 U.S. Amateur Championship, Gary Cowan’s tee shot caught the last fairway bunker, kicked out, and left him with a shot in 4-inch rough, 135 yards from the green.  The Kitchener native needed to bogey the hole, at a minimum, to force a playoff with American Eddie Pearce.  A par, and Gary wins.

He grabs his 9-iron and swings, reliving the moment – “As I, and the hundreds of spectators crammed around the 18th green watched, the ball carried to the front of the green and began rolling. Initially, I was unhappy with my execution. I thought I had hit the ball too hard and yelled for it to stop. I lost sight of the ball as it started to skate towards the back of the green and the flagstick. That’s when I heard the spectators gasp. I thought, ‘maybe I hadn’t hit it too hard after all?’ I never imagined I had sunk the shot, but just then I heard somebody yell, “It’s gone in for an eagle!”

Gary Cowan is one of the most successful and revered amateur golfers of the past century. An honoured member of the Canadian Golf Hall of Fame, he chose to write a memoir with journalist David McPherson about his life in golf in his new book “From Rockway to Augusta”.  To mark the 50th anniversary of his second U.S. Amateur title, the Canadian Golf Hall of Fame has partner with Cowan to create a website featuring some of the stories published in the book.  The website launches on September 4th, the same day 50 years ago that that eagle launched Cowan into the records book for a second time.

Golf writer and fellow honoured member Lorne Rubenstein supplied the forward to the book and wrote, “Fifty years have come and gone, but I remember and can see Cowan setting up on the tee, taking very little time, and drilling his drive down the fairway. The golf ball curved a lot more in those days, but it curved only when Cowan wanted it to. He could hit any shot he wanted to, when he wanted to, and had proven himself one of the finest amateurs in the game. He was a world-class golfer.”

Pre-order your book today at this link.