George S. Lyon: a man of many talents 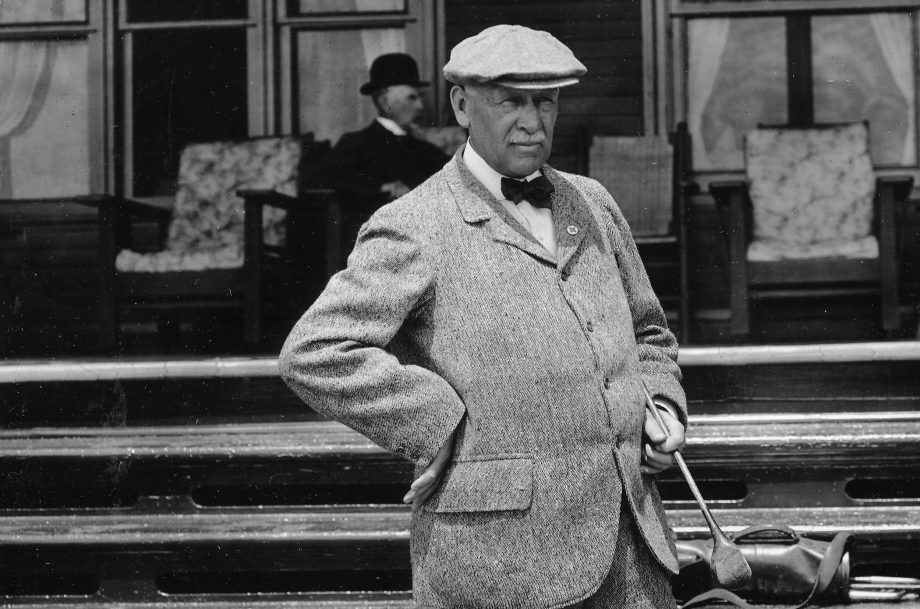 Though he should be considered one of Canada’s greatest sporting heroes, the sad reality is that George Seymour Lyon is little known in this country.

That will change, to a small degree, during the upcoming Olympics in Rio de Janeiro when Lyon is recognized as the defending champion in golf for his win in 1904, the last time the sport was in the Summer Games.

What most media won’t have time or the inclination to tell is the full story of who he was, what an amazing athlete he became, how he didn’t take up golf until his late 30s, and won the Olympic gold medal at the age of 46 against a rising star less than half his age. Not to mention how four years later Lyon became one of the first athletes in Olympic history to decline a gold medal because he felt he hadn’t earned it.

“The story of what George S. Lyon did, at age 46, and all of the other things he accomplished in his life is simply remarkable,” says Scott Simmons, CEO of Golf Canada. “There is no doubt in my mind that if he, as a multi-sport athlete, had accomplished what he did in today’s modern era sport and media landscape instead of the late 1800s and early 1900s, that we would be celebrating one of Canada’s most iconic athletes and arguably one of the most compelling stories in the history of sport.”

Lyon was born in Richmond, Ont., near Ottawa, in 1858 and it seems he was born to do historic things. His great uncle Robert Lyon fought and lost the last duel in Canadian history. And his grandfather, captain George Lyon, was wounded but survived in the Battle of Chippewa during the War of 1812. It was a noteworthy battle because it marked the first time that American regulars had defeated British regulars on the battlefield.

The Lyon family moved from Richmond to Toronto where young George would demonstrate a remarkable ability as an athlete. It didn’t seem to matter what sport he tried — track and field, baseball, cricket, hockey, tennis, curling, golf — he was good at it.

At the age of 18 he set a Canadian pole vault record.

Lyon was one of, if not the best, batsmen in Canada at a time when cricket was still big in this country.

In 1894, playing for a Toronto team against Peterborough, he carried his bat for 238, a record which lasted for 40 years. And he regularly captained Canadian teams in international competitions.

Lyon was a good enough curler to be a part of numerous championship teams, including vice-skipping a rink that won the Ontario tankard.

Golf was a sport that came late to Lyon, however. He was usually tied up with cricket during the summer months and he even showed some disdain for the game initially.

He was 38 and, if the old story is to be believed, was waiting for a cricket practice to begin when a friend, John Dick, invited him to come to the adjacent golf course to give it a try.

After those first few swings, Lyon like so many before and after him, was hooked on golf.

He eschewed the golf swing of the day and instead came at the ball hard like he was swinging a cricket bat at it. The swing may have been unorthodox and looked odd but the result was prodigious length. That, and his natural athletic ability, allowed him to pick up the sport very quickly. So quickly in fact that within two years he had won the first of his record eight Canadian Amateur Championships.

In September of 1904, Lyon journeyed by train to St. Louis to play in the Olympic Games with two other golfers from his home club, Lambton Golf and Country, which he had helped found and design in then-suburban Toronto.

Lyon, at age 46, qualified for match play and made it to the finals where he faced Chandler Egan, the 20-year-old rising star of American golf who had already won the Western Amateur and U.S. Amateur earlier that summer.

In the 36-hole, one-day final, played partly in a pouring rain storm, Lyon won 3 & 2 to capture the Olympic gold medal (which has long since gone missing) and the majestic championship trophy which resides in the Canadian Golf Hall of Fame & Museum.

Egan, citing exhaustion, retired to his hotel room while Lyon, who had been kidded by the local press about being old and overweight, walked the length of the banquet hall on his hands to accept his reward.

Four years later Lyon went to London, England to attempt to defend his Olympic title. When he arrived, Games organizers informed him golf had been cancelled over a dispute involving the rules of amateur status. They offered Lyon the gold medal but he declined it because he said he hadn’t earned it.

Lyon went on to have many more years of competitive golf and served as an administrator with the Royal Canadian Golf Association (now Golf Canada) including a term as president of the organization in 1923.

This article was originally published in the May 2016 edition of Golf Canada Magazine. To view the full magazine, click the image to the left.