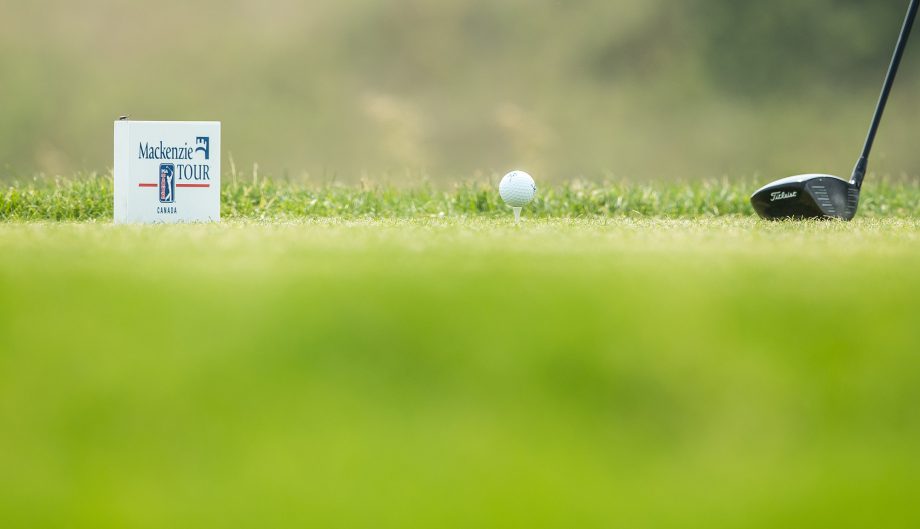 THE RECAP: After fog delayed the start of round three by over an hour on Thursday morning, play was suspended due to darkness midway through round three of the Mackenzie Tour – PGA TOUR Canada’s USA West #1 Q-School on Wednesday.

Thousand Oaks, California’s Chris Gilman reached 11-under par through 45 holes of the 72-hole event to hold the lead by one shot over Rancho Cucamonga, California’s Rico Hoey, with round three set to resume at 7:15 a.m. 20 players were left to compete their third round when play was called.

Carlton Oaks showed its teeth on day three, with just four players of the 93 who finished their round breaking 70. Sweden’s Mathias Dahl, a Mackenzie Tour member in 2016, posted the round of the day with a 5-under 67 to move up 33 spots into a tie for 13th.

“I kind of just kept my patience. I managed to make an eagle early in the round, and managed to roll in a few putts too,” said Dahl, who bounced back from a second round 79.

“I was pretty down after yesterday, because obviously I played well the first day. I just had a meltdown and figured I needed to do something special today,” said Dahl. “All of a sudden I’m kind of in a good spot.”

BACKGROUND ON A CONTENDER: Dahl, a University of San Diego graduate, had an up-and-down year on the Mackenzie Tour in 2016. He finished a season-best T11 at the SIGA Dakota Dunes Open, but missed nine of 11 cuts to lose his card.

“I wasn’t consistent enough all year,” said Dahl, adding that one or two bad holes cost him at nearly every event. “What I’ve been working on is to save myself in bad situations, to shoot a decent number even if you’re playing poorly. Last year I let it run away from me a little bit.”

Since turning professional in 2015, Dahl has progressed steadily and said he learned a lot from his season in Canada last year.

“It was brand new to me with late tee times, early tee times, all that,” said Dahl. “You’ve got to learn how to schedule your day, and I struggled all season to kind of get to the gym and do my stuff that I’m used to doing. This year, if I make it back up I’m definitely going to be more on pace with my normal schedule.”

“I had a target score I wanted to shoot and I thought I’d move up, which was 70. I did one better, so I’m very happy. I just want to keep doing what I’m doing.” – Daniel Cho, who owns the clubhouse lead at 3-under thanks to a 69 on Thursday.

Gilman played on the Web.com Tour in 2015, making three cuts in 12 starts including a T30 finish at the Nova Scotia Open. The 30-year old played college golf at the University of Denver and owns 23 professional victories, including the 2014 California State Open.