Register now for Golf Fore the Cure presented by Subaru 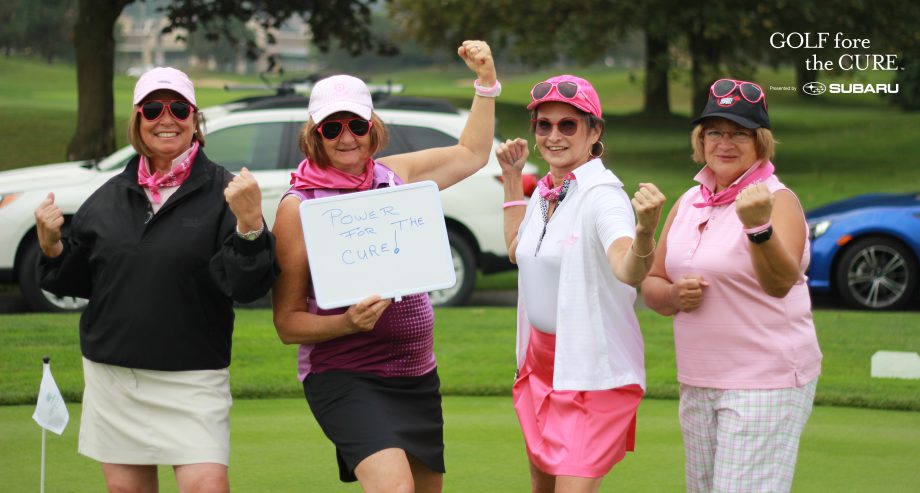 Entering its 13th season, Golf Fore the Cure presented by Subaru is aiming to pass the $365,000 mark in 2016—setting the bar higher than last year’s target with hopes of furthering support and participation from Canada’s female golf community.

From a participation standpoint, Golf Fore the Cure presented by Subaru had upwards of 10,000 women involved in 2015. For program coordinator Whitney Gorges, the buck doesn’t stop there.

“I’m very proud and impressed with the effort of all ladies involved in Golf Fore the Cure last season, and I’m hoping we can increase our generous impact even further,” said Gorges. “It’s a fantastic way to add value to a club’s already existing ladies night while contributing to a cause that has impacted all of us in some form or another.”

All funds raised by the 145-plus teams across Canada last season were donated to the Canadian Cancer Society and Quebec Breast Cancer Foundation to assist with national research efforts. Since the program’s inception, over $5.4 million has been raised collectively.

Upon (free) registration, Golf Fore the Cure teams will receive a complimentary kit to assist in their event. Site coordinators are encouraged to structure their event in any format that best suits their interests and desires. Formats that accommodate all skill levels tend to be the most popular choice, as the program is ultimately aimed at increasing participation.

In addition, all registrants are given the option to have additional support from presenting partner Subaru at their local event. The top-three fundraising teams will be flown to the Great Toronto Area (GTA) to participate in the 2016 National Event.