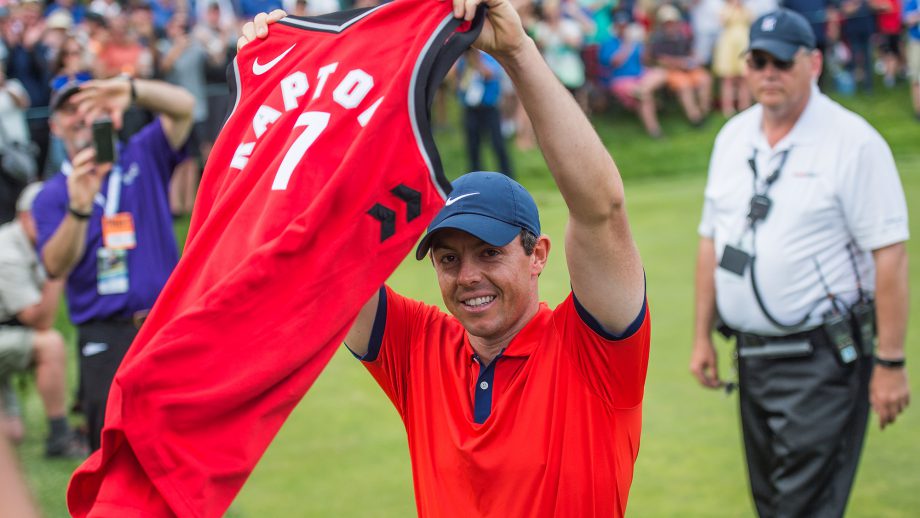 Rory McIlroy may have won the RBC Canadian Open, but he left Ontario with the best prize of all: friendship.

The world No. 3 golfer and Toronto Raptors all-star Kyle Lowry became fast friends over the past week, bonding over their performances in high-pressure events. McIlroy went on to win the Canadian Open at Hamilton Golf and Country Club in Ancaster, Ont., while Lowry was instrumental in Toronto taking a 3-1 series lead over the Golden State Warriors in the NBA Finals heading into Monday night’s Game 5.

They first met when McIlroy, in Toronto ahead of the Canadian Open, attended Game 2 of the NBA Finals on June 2 at Scotiabank Arena. McIlroy went into Toronto’s locker room after the Raptors’ 109-104 loss to Golden State and started chatting with Lowry, exchanging phone numbers.

“We messaged back and forth a little bit this week,” said McIlroy, who watched Toronto’s two wins in Oakland, Calif., on television between rounds of Canada’s national golf championship. “It was awesome to see them do what they did over on the West Coast.”

When McIlroy won the PGA Tour event on Sunday, he pulled on an autographed Lowry jersey on the 18th green and shouted “Raptors in five!” to cheers from the thousands in attendance. A source told The Canadian Press that Lowry had made plans to watch McIlroy’s final round in person on Sunday, but opted to stay in Toronto and rest ahead of Monday night’s Game 5.

"I've been to a couple basketball games, but there was just nothing like it"@Raptors | #WeTheNorth pic.twitter.com/7vCRgI2fP1

McIlroy wanted to return the favour, but had to fly to California to play in this week’s U.S. Open at Pebble Beach.

“If I didn’t have a big tournament next week, I would be sticking around for that Game 5,” said McIlroy, who is also friends with L.A. Lakers superstar LeBron James and been his guest at previous NBA Finals. “I’m sure it’ll be awesome.”

Although June 2 was the first time they had spoken, Lowry had seen McIlroy play in person before.

“I didn’t realize he followed us around in L.A. at the start of the year,” said McIlroy. “I played with Tiger Woods and Justin Thomas the first two rounds and (Lowry) followed us around. He said in the summertime when he’s got some time off he basically plays 36 holes a day. I was pretty impressed with that.”