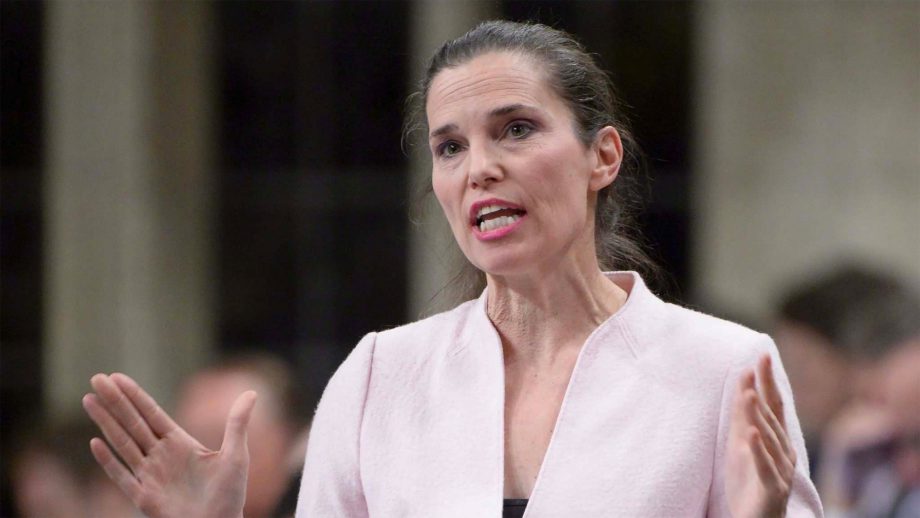 A safe space for Canadian athletes and kids who participate in sport has been a long time coming.

That was part of Minister of Science and Sport Kirsty Duncan’s message in announcing both an investigation unit and a toll-free confidential helpline on Wednesday, major measures in an effort to combat harassment and abuse in sport.

“This was Week 1 my priority, as an athlete, coach, and judge all my life,” Duncan told The Canadian Press. “When you train athletes your No. 1 job is to protect their health and safety. It’s your No. 1 job.

“So when I came into the role, I wanted to put our athletes at the centre of everything we do. And I knew we needed to help our athletes from the beginning – that there be a confidential safe place where they could go.”

The investigation unit is an arm’s-length, third-party program set up through the Sport Dispute Resolution Centre of Canada, an independent organization that already functions in helping resolve disputes in the national sport community. Canadian sport organizations can access the unit for independent investigations on reports of harassment, abuse or discrimination in sport.

The helpline – 1-888-83SPORT (77678) – is for victims and witnesses of harassment, abuse or discrimination. The line, which is already up and running, will be staffed by counsellors, psychologists and psychotherapists, seven days a week, 12 hours a day.

“I have been clear there can be bystander effect. If you see a child being hurt or harmed, it’s all of our jobs to speak up,” Duncan said. “So having this confidential phone line where you can report cases, they are professionally trained people . . . who will listen. It’s safe, confidential, in both official languages, and they will say where you can go next, whether it’s to the police, whether it’s to child protection services, it’s to provincial or territorial resources, but you will actually have someone say ‘This is where you go next.”’

Wednesday’s announcement is the latest move by Duncan, who appointed a working group on gender equity to study issues such as sexual abuse and harassment after she was appointed sport minister in January of 2018. The government also recently partnered with Canadian athletes rights group AthletesCan for a study on abuse and discrimination and sport.

Duncan also unveiled a gender equity secretariat and a code of conduct – “which has never existed” – is being written that can be used in sports of all levels.

“This is so important to me that we get this right,” Duncan said. “We’ve got to do this for our athletes and our children.”

“Minister Duncan is dedicated to improving safe sport and is making serious, deliberate investments, not just words but actions,” Swimming Canada CEO Ahmed El-Awadi said in a statement. “These are impressive initiatives and the whole sport system will be safer as a result of her efforts.”

There have been several high-profile sexual assault and harassment stories recently in Canadian sport. In June, Allison Forsyth was among several former members of Canada’s ski team who spoke publicly about the abuse suffered at the hands of former coach Bertrand Charest in the 1990s. Charest was convicted last year of 37 offences of sexual assault and exploitation.

“As a victim of sexual abuse, I am extremely encouraged by these two new programs,” Forsyth said in a statement Wednesday. “It is critical that our sport system has a safe place for athletes to report instances of abuse and an ethical and legal investigation process. These is a strong sense of urgency to take action. We are not seeking perfection; we are seeking progress to ensure a safe, healthy sport environment for all athletes in Canada.”

Safe sport had been governed through the Sport Canada Accountability Framework since it was implemented in 1996 in the wake of a sexual abuse scandal involving former junior hockey coach Graham James. National sport organizations were required to have a safe sport policy – and a designated individual to handle complaints – in place to receive government funding.

But there had been major inconsistencies in how it was applied, and in recently months, and in light of a handful of high-profile cases in Canada, athletes and administrators – including Olympic wrestling champion Erica Wiebe and Sheldon Kennedy, a retired NHL player and sex abuse victim – publicly called for an independent party to handle cases.