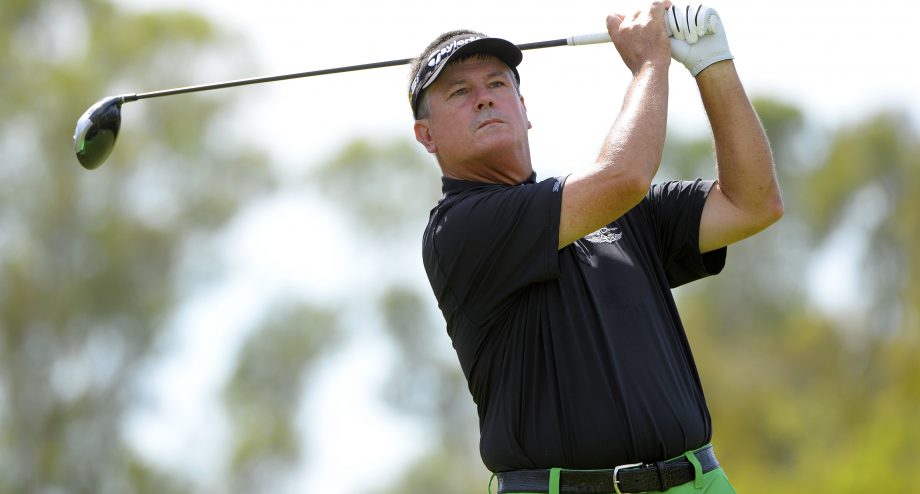 The 52-year-old Goydos holed out from 167 yards for eagle on the par-4 12th and closed with birdies on the par-3 17th and par-5 18th on Desert Mountain Club’s Cochise Course.

Points leader Bernhard Langer topped the group at 67. The top five in the standings – Richmond winner Scott McCarron is second, followed by Montgomerie, Joe Durant and Miguel Angel Jimenez – can take the season title with a victory Sunday. McCarron holed out from the fairway for eagle on the par-5 15th in a 69. Durant shot 70, and Jimenez had a 74.

Tom Pernice Jr., the winner of the playoff opener two weeks ago in California, also was at 67 along with Paul Broadhurst and Duffy Waldorf.