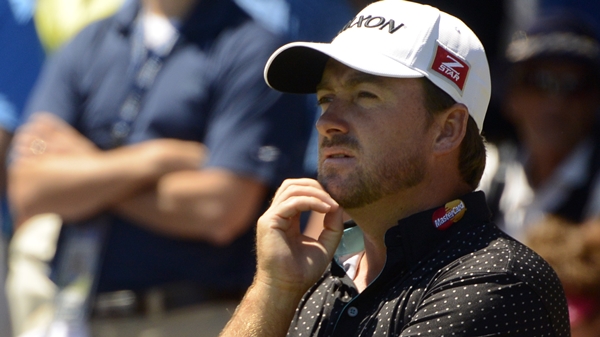 PALM BEACH GARDENS, Fla. – This already is shaping up as a big year for Graeme McDowell – his wife is expecting their first child.

McDowell and his wife, Kristin, were married in October in The Bahamas. He said they found out she was pregnant on New Year’s Day, shortly after returning from Northern Ireland to see his family during the holidays.

“We found on Tuesday it’s a girl,” he said Friday at the Honda Classic. “Obviously, we’re real excited.”

For a former U.S. Open champion who plays a worldwide schedule, no timing is good timing. McDowell said the baby was due at the end of August. That’s right in the middle of the FedEx Cup playoffs on the PGA Tour, and a month before the Ryder Cup in Scotland.

McDowell has played on the last three teams, won the decisive match for Europe in 2010 at Celtic Manor and is a favorite to be on the team again. As for the playoffs? He has never fared well the last three years, so his wife having a baby can’t hurt.

“I think we’re planning to have her, if all goes well, the Monday of Boston if she decides to stay in there that long,” McDowell. “It’s a great problem to have. I really don’t care when she comes, as long as she’s healthy. The playoffs into the Ryder Cup … not much you can do there. But if it affects the playoffs, then it affects the playoffs. There will be other playoffs. You only have your first kid once.”

His wife, an interior decorator from Orlando, has a 5-year-old daughter from a previous marriage.

“I already know all about Disney princesses,” McDowell said.